Lotus duo look ahead to Melbourne 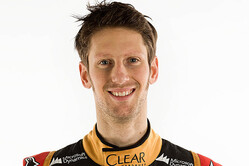 After a frustrating pre-season, Frenchman Romain Grosjean contemplates the challenge ahead, explaining how he is expecting plenty of surprises and drama at the first race of the season...

How well prepared do you feel heading in to the start of this season?
Romain Grosjean: Probably not as well prepared as last year, that is for sure! We've taken everything we can from the limited running we did in Bahrain and we're working with that to ensure we can make the best start to the season given the circumstances we face. In Bahrain, every time we ran we improved and there are certainly areas where we are heading in the right direction. These cars are even more complicated than people first thought. With the new power unit there is a lot of work still to be done, both on our side and also on Renault Sport F1's side. We need to get things together and achieve what we know we are capable of when we have a reliable package.

Will Melbourne effectively become another test session?
RG: No, the aim is to finish the race and maybe score points. We're not yet in the place we want to be competitively, but we will be there to compete and you never know what could happen with everyone else too. I don't think any team can say that they are where they want to be heading to the start of the season. Yes, we're not in a nice situation but it doesn't mean that it's game over. We'll try to score as many points at every opportunity during the season.

With all the new buttons on the steering wheel and new technical challenges to consider, how well prepared for Australia do you feel from a driving perspective?
RG: It's a little bit challenging at the moment to be honest! We're changing settings sometimes four or five times a lap which is a little bit too much. However, it was the same first time out with KERS back in 2009 (at Monza). It was a disaster - I remember we had to change the maps around five times in at least five corners. It's just part of adapting to the new technology; it's hard to get everything working together immediately. But it makes it more rewarding when we do get everything working as we want.

How do you keep that smile?
RG: Ah, well I think that it's natural for me! No, it's useless to run away or get upset. It's better to sit down together, go through everything we have done, find the positives, and then trust in the people who have to do the work that they do. The best I can do is to drive the car as quickly as I can.

Tell us a little about Albert Park itself - why is it such a cool place?
RG: Albert Park is still one of my favourite Grand Prix circuits, so it will be good to get there and get the season started and there's always a great atmosphere. It's a fantastic track and the changing scenery as you drive through the park is incredible. Of course it's a great country and I always enjoy visiting Australia.
We know it can be a tricky circuit and the weather can make things pretty difficult too - two years ago we had lots of rain and even had to finish qualifying on Sunday morning! Hopefully the weather will be good this year - it's been looking pretty hot recently. I guess you can say that everyone will be in the same position of not knowing what to expect, and with all the car changes I imagine there will be a few surprises! For us the weekend will be maximising the time on track, aiming to finish the race and getting the best result possible. 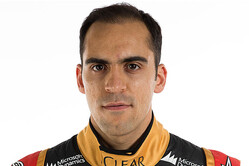 Enstone debuntant Pastor Madonado is focused and determined to extract the very best possible in his first race for Lotus F1 Team.

How's the relationship evolving at your new home in Formula 1?
Pastor Maldonado: Everything feels good and it's going in the right direction. Even though there are a lot of resources and people, it feels so close knit and efficient. I like the team and I already have a good relationship with everyone I am working with. Hopefully it will get better and better during the year. For sure we are in a difficult moment because we didn't run enough with the car in pre-season testing, but you can feel that the team are fully focussed on working hard to solve problems quickly. I'm looking forward to attacking and being competitive as soon as possible and right through to the end of the season.

What do you think of Australia?
PM: It's a great country and Melbourne is a wonderful city. It's just great. I always love races that are close to the city because you have more people coming and it really feels like you are involved and part of their life for the short time you are there. There are all the benefits of the city to appreciate and the fans really get behind the event. It's maybe one of the best races of the year.

What are your thoughts after pre-season testing?
PM: Obviously I would have like to have had more laps! These are very complicated cars and Formula 1 should be about pushing the boundaries and developing new technology so it is very exciting. Maybe we have lost a bit of the great noises from the engine, but still they are powerful cars and a challenge to drive. It's certainly going to be a spectacle, just as we had last year or maybe even better. For sure we need to keep running and keep adapting ourselves to the new rules, which are extremely different but this is something that just needs time.

What about the E22 and its potential?
PM: I think the potential of the E22 is huge. We just need to work harder than the other teams, even though time is against us. I think the car is good and it will only get better. We need to put everything together and try to get 100 percent from the team, car and me from a driving point of view. All is possible at the moment and we are very optimistic to progress and get back to the top.

What are the challenges of Albert Park?
PM: To be honest I love the track. The main challenges are that the track surface changes a lot over the weekend, especially from free practice to qualifying. The drivers and engineers need to try to predict how the track is going to evolve, especially for qualifying as this is crucial for the final position on Sunday.

How difficult is it going into the first race with so much that is unknown?
PM: It is exciting. It will be especially demanding for the team. I think all the drivers will have to work more closely with their teams than in previous years on every aspect inside and outside the car. We have been working a lot in the simulator, and even though it is just a simulation we learn a lot from this. Communication will be essential to have a good race - managing the fuel, the tyres, the settings on the steering wheel, the engine, power recovery, power delivery and so on. It will be very demanding to concentrate and focus on the many different aspects in the car, as well as the actual driving of these new generation Formula 1 cars.

What could be possible in Albert Park?
PM: Everything is possible. Especially because there are so many variables this season, particularly in the early races. We just need to stay calm and keep focused. It is not an ideal situation for many of the teams, but we just need to work together to improve. I have a lot of confidence in everyone at Enstone and everyone from Renault Sport F1 involved with the power unit too. Everyone has solved problems in the past so helpfully we can have quick answers that solve the issues we face now. This will be very important in terms of our performance and showing our potential. I'm feeling optimistic for our new challenge in 2014.