Pirelli to be allowed further testing 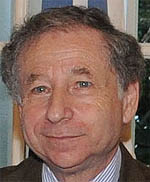 In the face of a media and fan backlash. Bernie Ecclestone has revealed that Pirelli has been given clearance to carry out additional testing.

Though a firm disciple of the mantra that there is no such thing as bad publicity, even Ecclestone will be concerned at some of today's headlines, David Coulthard, courtesy of the BBC website, describing Pirelli's tyres as "driver killers", whilst the Daily Mail opts for "tyre terror".

Nevertheless, despite the media overreaction, fans at Silverstone were left disappointed at the failure which probably cost Lewis Hamilton a win, while fans in Germany will be concerned that this weekend's race at the Nurburgring could witness a driver boycott.

Aware of the growing backlash, Ecclestone has been in urgent talks with the FIA and has now revealed that in an attempt to calm the situation Pirelli is to be given more testing opportunities.

"They have complained in the past when these tyres have delaminated, which is certainly nothing to do with what happened yesterday," Ecclestone told the Guardian. "They've said they'd like to sort it out, but they don't have a chance to do any testing because of these bloody silly restrictions we have.

"I spoke to Jean Todt over the weekend and he has said 'let them test'," he revealed. "So he has allowed them to run two three-day tests between now and... well, when they want, to try and do something for next year, as well as this year, so that's exactly what's going to happen."

Asked whether Pirelli will be allowed to use a 2013 car, Ecclestone replied: "They can use what they like. No restrictions. None at all, so they can do what they want."

There have already been calls that the forthcoming Young Driver Test at Silverstone be used as a full-on tyre test by Pirelli and any F1 teams that wish to attend. However, there has been no official comment on this.