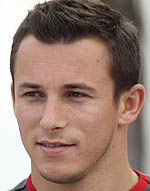 It's been manic in Formula One lately with so much discussion surrounding the tyres, Mercedes and more – it almost makes it hard to know where to start!

While everyone is talking about the Mercedes tyre test the team which has impressed me has been Force India. It's a small team compared to Red Bull or Ferrari but it has been up towards the front all season, and that is not an easy thing to do.

Both Adrian Sutil and Paul Di Resta have been driving well. Di Resta has done a solid and consistent job all year and I think that puts him just slightly ahead in my mind. I think he is a good driver that can make quick decisions in a race and of course driver intelligence is important - Paul is a very clever guy.

He's had a couple of unlucky qualifying results in the last two races but he's bounced back in to the points both times, doing most of the Canadian Grand Prix on a single set of tyres. It goes a long way to showing not only Paul's ability but just how well the team is doing too.
Of course there have been a few comments criticising the team lately. It's understandable for a driver to get frustrated when he has a good car and can't make the most of it, but usually there is another reason behind a driver saying something.

Criticising the team is fine within limits; it could show that Paul feels very strong and comfortable within Force India, or that he is trying to put it under pressure for some reason.

And that reason could be that we are now moving in to the silly season. Every year around this time, and usually running until the Italian Grand Prix, the drivers and teams try to move themselves up the order for next season.

For a driver it means relatively little as they're all too busy focussing on racing to really notice it. Instead it's the driver's managers who will be doing all the work, which makes it interesting to see which managers are in which motorhome over the next few Grands Prix!

Things will really pick up at the British Grand Prix, which is always a special race because it is the home event for so many teams. In some ways it's like Monaco with the importance teams put on winning there. The whole weekend has a fantastic atmosphere and a lot of the teams that would usually be back at the factory will get their chance to experience a race weekend.

The circuit itself has changed in recent years with the new infield layout. It was once a very fast and very flowing circuit which was dominated by aerodynamics, but the new section is more technical and has taken some of that flowing style away.

One thing that has always struck me when racing at the circuit now is how strange the new pits seem as a driver. Perhaps it's all the years of racing on the old layout where the pits were on what is now the back straight, but even now it feels like the pits are in the wrong place – like they're halfway round the lap almost! The new building is world class and an excellent addition, and maybe one day I will get used to it!

For me the best part of the circuit is the Becketts and Maggots complex of left and right hand turns. There's nothing else like it on the track, and nothing really like it any other circuit (though I've not raced at Austin just yet). What makes it great is that the whole sequence is a real challenge for drivers.

Excellent car control is absolutely critical because being off line a little bit at the start will really slow you down by the time you reach the exit on to Hanger Straight. The lateral forces on the driver are huge, making driver fitness and strong neck muscles really important!

As far as the race goes I think Red Bull will be very strong. Even with the new part of the circuit it's still very important to have good aerodynamics, and that's something we know Red Bull has. It will be tough on tyres too so we might see some of the other teams struggle a little bit.

One battle that I will be watching closely will be Lewis Hamilton and Nico Rosberg at Mercedes. They are a really strong driver pair, one I would like if I was the team manager, and they've been really pushing each other.

At the start of the year Hamilton seemed to come in with a number one status, which was clear in Malaysia when the team told Rosberg not to pass him for third place, but since then I think Nico has really stepped up to the point they're now equals in the team.

I really like watching Nico develop this year. He was already a good driver but only now are we starting to really see it thanks to a faster Mercedes and the fact we know just how good Lewis Hamilton is.

In qualifying Rosberg has always been strong, so has Hamilton, but Nico has just had the edge on Saturdays. But he is also being pushed by Hamilton, and I think his race in Monaco showed he is really growing as a driver because he controlled the pace to suit his car and tyres. He's growing in confidence, so Lewis had better look out!