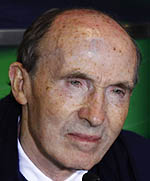 WGPH is the holding company of the Williams group of companies, which includes Williams Grand Prix Engineering Limited and Williams Hybrid Power Limited.

The core business, which combines the traditional Formula One business and activity that commercialises Formula One derived IP, has seen turnover increase from £102.3m to £124.3m. This has led to an increase in overall Group turnover of 22% to £127m (2011: £104.5m). The Group, however, made a loss before taxation in the year of £5.0m (2011: profit £7.4m) as a result of the impact of a technical accounting treatment of one of the Group's key receipts during the year.

Williams Hybrid Power and Williams Technology Centre Qatar, continue to grow as expected and their losses reflect the investments made in these businesses for long term growth and value and are in line with the board's business plan.

"2012 saw Williams make encouraging progress on and off the track," said Sir Frank Williams, "and we are determined to continue that upward trend in 2013. The win at the 2012 Spanish Grand Prix was a particular highlight and we continue to develop strong sponsorship partnerships and engineering relationships. At the end of the year the Williams F1 Team finished 8th in the FIA Formula One World Constructors' Championship. There is still a way to go for the team to get to where we should be, but improvements on previous seasons are evident."

"Williams has embarked on a long term strategy that combines visible success on the track with an ambitious diversification programme," added Chief Executive Officer, Alex Burns. The Williams brand and the intellectual property built up over many years of performing at the cutting edge of technological developments gives the Group a unique position in the global marketplace. Strong turnover in the year of £127.0 million reflects our revenue from Formula One and our ability to earn commercial returns from diversification. During the year the Group made an overall loss before taxation of £5.0 million. Revenue of £9.4 million, received under the Bilateral Agreement with Formula One World Championship Limited, the sport's commercial rights holder, has not been included in these results because of the technical interpretation of today's accounting standards.

"Highlights for Williams Hybrid Power included its flywheel technology being used in the winning Audi Le Mans entry, an agreement with Go-Ahead Group to develop flywheel technology for buses and a similar agreement with Alstom to develop a system for trams. Another milestone was the Group's fulfilment of its agreement with Jaguar Cars Limited to provide the motorsport expertise behind the development of the C-X75 hybrid supercar prototype. To accommodate the Group's plans to exploit the commercial applications of its technologies, 2012 also saw the start of construction of a new Williams Advanced Engineering facility at the Oxfordshire site. The growth of these new investment businesses at a time of global financial instability, evidenced by a rapid increase in revenue under the Williams Advanced Engineering brand from £16m (2011) to £38m (2012), puts us on a sound footing to deliver to our long term strategy."