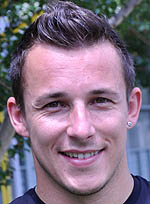 Two races in to the new season and it looks like we're set for an exciting championship. Lotus, Ferrari and Mercedes all look fast, and like they can challenge Red Bull, which seems to have its own problems.

The big subject has really been tyres, and the new compounds Pirelli has made for 2013. They are sensitive and need to be looked after, and that is why it made sense for Red Bull and Mercedes to tell their drivers to stop racing in Malaysia. But more on that later.

In Australia we saw Kimi Raikkonen win the race. It was a strong drive that had a lot to do with saving his tyres as much as outright pace. The Lotus looks like it is a good package, and if it is as easy on its tyres as it looks it will be a podium challenger all year.

Even in Malaysia it looked strong. It was a little hard to see because Raikkonen started in ninth place but once the race settled down he was doing the same sort of lap times as the leaders - but in those early few laps it did look terrible to drive!

While it was clear to see the Lotus wasn't handling well early in Malaysia I don't think the problems at McLaren are as obvious. What was clear is that Sepang suited the car better than Albert Park, which says to me that it works better on smoother circuits; Albert Park is a street circuit of course.

Button would probably have finished fifth if not for the wheel problem in the pits in Malaysia. That's a good result from where the team started the year, but is a long way off where McLaren expects to be. But they are competitive and capable; there is a long year ahead and they won't be off the pace all year. McLaren will be on the podium, probably by mid-season.

One driver who has caught my eye has been Jules Bianchi. I know first-hand what it's like to race in Formula One at that end of the grid; it's all about getting the most out of the car, and Jules almost seems to be out-performing the Marussia in some respects. While it looks like this year the Marussia is faster than the Caterham, Bianchi has been close to Toro Rosso and Williams at times.

He is doing exactly what he needs to do to get noticed, and with links to Ferrari through its Young Driver Academy there is a good chance he will progress quickly. I don't think that will mean he will join Ferrari next year, at this stage he is still too young and Ferrari has never been a team to take risks with young drivers, but Bianchi is a name to watch out for.

Just like Felipe Massa. Last year there was a lot of talk that he would lose his drive but as the year went on he seemed to change. This year he looks more confident and comfortable, and that is showing itself in his performance on track.

Formula One is a psychological test as well, and if you're not confident or comfortable it can really impact your driving. I think that was the case with Massa last year but this year he looks like he is back to the sort of level he was at a few years ago. That's great news for Ferrari because it makes the team stronger for the Constructors' Championship.

That is going to be a tough contest this year. As I said earlier there are four teams all very closely matched, and at the moment the tyres seem to be the thing that separates them. That's why both Red Bull and Mercedes were correct in telling their drivers not to race each other after the final pit stops in Malaysia.

We've seen already that pushing too hard on these Pirelli tyres can take the life out of them, and ultimately make the car much slower because it doesn't have the grip. It's a balancing act, and both teams realised they were in a good position so didn't want to take any risks.

Nico Rosberg mentioned over the radio a few times that he was faster than Lewis Hamilton, but he can only see the race in front of his car. On the pit wall Ross Brawn could see the whole race, and with Red Bull a long way ahead he was right to tell his drivers to hold position. Rosberg was an absolute professional; he would not have liked to be told that he couldn't finish on the podium but he respected the team's decision.

Sebastian Vettel chose not to follow what he was told and passed Mark Webber. It's been in the headlines a lot over this last week and with good reason. What Vettel did was go against his team; he broke its confidence and that, as we know from Massa, is important.

It's normal for drivers to be told not to race after the final pit stops; it's talked about before the race and every driver knows that once he pits for the last time wherever he re-joins - in front or behind his teammate - is where he will finish (unless he is racing other cars, of course).

Red Bull had a 1-2 finish in its pocket. There was no need for the team to risk anything so they told both Webber and Vettel to hold position. We all know what happened. The wheel to wheel racing was exciting and great to watch but it was also over the top and not necessary. I think it showed a lack of respect from Vettel towards his team, and that won't do him any favours in the long run.