Bahrain: Ecclestone insists all is well 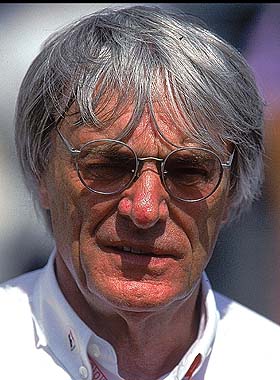 With the WMSC having ratified a 2012 calendar which includes Bahrain, Bernie Ecclestone insists that all is well in the Gulf state and the event will go ahead.

In its desperation to ignore reality and put business first, Formula One was made to look foolish (yet again) earlier this year as the powers that be sat on the fence until the very last moment, finally calling off the event on grounds of logistics.

In fact that is incorrect; for as the sport continued to procrastinate and look for every reason why the race should go ahead, despite mounting opposition, it was the Bahraini organizers themselves who eventually pulled the plug on the 2011 race.

Now, looking ahead to 2012, and showing no sign of having learned from what happened this year, Bernie Ecclestone effectively says 'nothing to see here', let's have a Grand Prix'.

"The people I've met there are lovely people," he tells Richard Williams in an interview for the Guardian. When he is asked about various human rights issues including the imprisonment of doctors for treating injured demonstrators, he replies: "Do you know that? Do you actually know that? If that's right, it's wrong. Obviously. Doctors are doctors. They're there to help people. It doesn't matter who it is they're helping. We have been assured that this is not what's happening.

"In fact they had a report made, allegedly independent," he continues, referring to the recent report which was highly critical of the Bahraini government. "What did the report say? Yes, there were instances or whatever, but... I wanted to go out there. I was happy to go. I'd like to go into the prison or the hospital or whatever and ask: 'What actually happened?'

"I have asked," he continues. "They said, 'No problem.' The danger is you go out there and they pick you up in a limousine and take you to the best hotel and take you to dinner and then put you back on the aeroplane."

Digging himself even deeper into a hole, other countries on the F1 calendar with poor records in terms of human rights are mentioned, indeed, Williams asks Ecclestone if, had he been president of the International Olympic Committee in 1936, he would he have sanctioned the Berlin Games?

"It depends what evidence I had on what was happening in the country," says Ecclestone. "And the same thing would happen. I'd have been taken there and dined and wooed and everything else and told it was a wonderful country. It's not easy. But wherever I go, the minute you get off the plane, the minute you go into somebody's country, you've got to respect exactly what their way of life is - their religion, their laws or whatever. It's not correct to go moving into somebody's country and try to change them. Don't go. If you know something's wrong, stay away.

"We pulled out of South Africa years ago because of apartheid," he continues. "I witnessed things that had happened there which upset me. I thought: 'That ain't the way to go on.' I hope we go to Bahrain and there's no trouble - the race goes on, the public are happy and there are no dramas. That's what I hope."

When asked what he would do should anyone go to him with "incontrovertible evidence that unacceptable things were still happening there", Ecclestone replies: "We'd have to give it some serious thought then. But we've been to Argentina when there's been big dramas. There's been dramas in Brazil. Bad things happen there. I think you can look anywhere now and it's not all good. You can't really hold England up as being all good, can you? There have been some terrible atrocities that we committed."