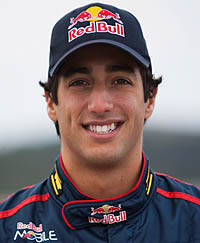 Nico Rosberg and Michael Schumacher finished the final round of the 2011 Formula One season, the Brazilian Grand Prix, in seventh and 15th places today, at the end of this afternoon's 71-lap race in Interlagos.

Nico ran a two-stop strategy of option/option/prime, stopping on laps 16 and 42. Michael was forced to run a three-stop strategy after a puncture on lap 10, pitting further on laps 32 and 51. Three of the team's four clean pit stops were under 21 seconds this afternoon. With a total of 731 points, Mercedes-Benz is the highest scoring engine manufacturer of the 2011 season.

Nico Rosberg: "Today wasn't an ideal ending to the season, and although I scored some points, I expected to finish higher than P7. I didn't get a good start, and I had problems with my tyres overheating as the track temperatures were very high. So I had to manage my tyres very carefully during the whole race which impacted on the pace. Now I'm looking ahead and I hope we can do better in 2012. I look forward to an exciting time in the winter as we work hard to develop a better car for next year."

Michael Schumacher: "It was a bit of a shame today with the incident with Bruno, which was caused perhaps due to some lack of experience, but then those things happen. Otherwise I think we could have had a nice race with some solid points. After the collision, all I could do was try to fight as much as possible, and hope for rain which did not come. In the first stint after the incident, my car was not well-balanced with a lot of oversteer. Unfortunately we could not change this at the pit stop which handicapped the balance in the second stint, whereas in the last stint the balance was good. We very much look forward to next season now. With all the effort that is being put into the development of the car, I am confident we can make another step forward to where Mercedes belongs; fighting at the top."

Ross Brawn: "Nico didn't have a great car balance today, struggling with oversteer, and he had to look after the tyres very carefully. He experienced high levels of degradation and consequently had a frustrating afternoon trying to manage the balance, in a situation where the tyres were particularly sensitive. Michael had a good battle with Senna in the early laps, and his pass at the start of lap 10 was clear-cut. However, Senna showed his inexperience trying to defend a position that he had already lost, and the contact ruined Michael's race. After an unplanned stop to replace his punctured tyre, Michael was able to demonstrate the car's innate pace, thanks to a better car balance, and his lap times looked reasonably competitive. I want to say thank you to all the team in Brackley, Brixworth and Stuttgart, whose efforts have not waned at any point during a long season. There are accomplishments we can be proud of this season, such as our consistently strong pit stops, and we know that we need to put everything together next year. Finally, I would like to highlight the excellent support we have enjoyed from all our partners in 2011. Formula One is a true team sport, and they have played an integral role in helping us build towards a more successful future."

Norbert Haug: "It was certainly not a perfect end to our season and not the results we had wanted to achieve at this final race in Brazil. We need to investigate why Nico's speed over the major part of the race, suffering from a less than optimal car balance, was quite different to Michael's, who had an unfortunate coming-together during his second passing move of the race. This cost him dearly as he had to do a whole lap with a punctured left-rear tyre, but his pace afterwards did not look bad at all. I would like to take the opportunity at this season's final race to say thank you to all our team members in Brackley, Brixworth, Stuttgart and Fellbach for their dedicated work and relentless efforts. Also, I would like to thank all the partners and families of our team members - without their fantastic support, our colleagues could not get their demanding jobs done. There will be a short and well-deserved break for most of our team around Christmas before attacking next year with a better technical package, and the clear target of closing the gap to the top of the field."