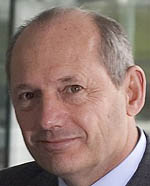 McLaren supremo Ron Dennis has been reflecting on his time with the legendary Woking team, remembering the highs and lows and selecting his favourite drivers.

During the modern era, most of the true legends of F1 have driven for McLaren at one time or another, quite a few winning the title with the team formed by Bruce McLaren in 1966 and which Dennis bought into in late 1980.

Talking to the Finnish newspaper Turun Sanomat, Dennis was asked to name the three McLaren drivers who have most impressed him during his time with the team. When one considers that the roster of drivers over that time includes championship winner Niki Lauda, Alain Prost, Keke Rosberg, Ayrton Senna, Mika Hakkinen, Fernando Alonso and Lewis Hamilton, not t mention Gerhard Berger, David Coulthard and Jenson Button, for many it would be a tough choice. Not for Dennis however.

"Mika I choose for his honesty, Lewis for his uncompromising attitude and Ayrton because of his passion," said the Englishman.

Asked to name the high and low points during his time with the Woking outfit, once again, the Englishman didn't need time to think of an answer.

"The finest moment?" he replied. "Of course I should say it was the last championship with Lewis, but for me it was the first one with Niki. The worst was when I had to go to a hospital in Adelaide after Mika's accident. There was a possibility that a driver had died in my car. Fortunately, that never happened."