End of the road for Heidfeld and Klien? 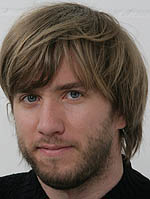 After ten years in Formula One it would be a bitter pill to swallow for Heidfeld who openly admits talent alone no longer seems sufficient. "For the moment it's my last race for Sauber, but I've thought that a couple of times before!" he told reporters.

"Next year obviously many seats already gone, but I'm still in talks with various teams, including Renault", as team principal Eric Boullier subsequently confirmed. "That would be the best opportunity but I think it is fair to say that it is obvious that talent is not the only thing they are looking for."

Hispania Racing Team's Christian Klien is equally pragmatic, accepting that his only chance to remain in Formula One remains with the smaller teams. Given his absence from the grid since 2006 the Austrian is satisfied with his performances so far this season. "The last race was in 2006 for me, so it's almost 3 or 4 years I've not been in the car - well not in race conditions, so I was actually pretty happy how qualifying went. In both qualifying sessions so far I finished with quite a big gap to my teammate, which is the first goal."

The Austrian has indeed trumped teammate Bruno Senna in both qualifying sessions however, he has failed to translate that into a race result. Speaking of his qualifying performances so far Klien was upbeat about his chances of remaining on the grid. "The performance was pretty good, so I think that it might help to get a race seat for next year.

"There are more or less two or three seats left; two here and one at Virgin, so that's where the talks are," he told Pitpass exclusively.

Heidfeld meanwhile confessed that he's not looking for a drive anywhere other than Formula One. The German has previously admitted to having no interest in another testing role, meaning if a race seat fail to materialise it would likely spell the end of his career.

It's clearly a frustrating point for the Heidfeld, who has been paired with some of the sport's leading names throughout his career. "I do argue that I drove against champions and contenders, with Felipe, with Kimi, with Robert, who many think could win a championship, and with Webber, and I beat all of those guys," he adds.

"People unfortunately don't always look at this way," he laments. "It still doesn't make them say 'okay, come on I give you a drive with McLaren or with Ferrari or whatever'. I've been close, but it hasn't happened."

A protege of the McLaren driver development program in the 1990's Heidfeld has never managed to escape the midfield. Even at Williams in 2005 the team were only capable of podiums, a second place at Monaco being the highlight of his 173 race career.

By contrast Klien's best result remains a solitary fifth place at China in 2005 for Red Bull, before being dumped with three races remaining of the 2006 season, the Austrian moving into testing roles with Honda and BMW Sauber before joining Hispania for 2010.