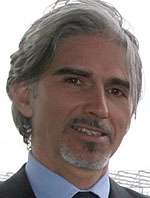 BRDC president Damon Hill, who is in Abu Dhabi in an attempt to reach an agreement that will see Silverstone host the British GP from 2010, is confident that talks are progressing.

With Donington dead and buried, Britain's only hope of maintaining its place on the calendar is for the BRDC - the owner of Silverstone - to reach a deal with Bernie Ecclestone. however, as ever the sticking point is money. While Silverstone cannot match the sort of money some of the new additions to the calendar can, money is also needed for upgrading the circuit and its facilities.

The annual fee for the event is around £12m with a 7 percent increment per annum, and Ecclestone has made it clear that despite pressure from teams, drivers and fans the BRDC either meets his demands or goes without.

"It's moving along, that's all I can say," Hill told Reuters after talks with Ecclestone this morning. "Things are progressing inch by inch, and hopefully we'll get to a point where there is no gap left and we can join the two parties up.

"We absolutely want to get it on, there's no question of that," he continued. "But we're a small player. As a venue operator, we operate with a pretty tiny margin and we have to be careful. There is no backstop for us. We don't have a safety net. It has got to be within those defined limits somehow. Both of us have to be flexible and try and find a solution, and that's what is happening.

"Bernie is adamant that his product, globally, can fetch a fee well in excess of what he sees the UK contributing. My argument would be that the UK contributes in many other ways, and that in the absence of state-funding there has to be some recognition of the efforts made by Silverstone and the BRDC to be partners in this business, in this sport."