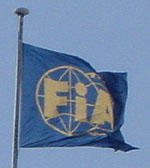 The recent news that the FIA will reduce the F1 super licence fees from 2010 puts the lid on a long-running dispute between the governing body and the drivers. However, Pitpass' money man Chris Sylt says that the resolution actually raises more questions than it answers.

As if this wasn't bad enough, the GPDA drivers' association says that the increases were made without any prior consultation with the drivers. Apparently the first the drivers knew of the increases was when the media reported it in January 2008.

But why would the FIA need to increase the fee by almost five times? According to the GPDA, at the Italian GP, in late September last year, FIA president Max Mosley said that the federation was facing a €1.7m shortfall in 2008. The increased super licence fees would offset this but how this deficit had been built up is a mystery since less than one year earlier, the federation's finances looked a lot rosier.

The FIA is split into two divisions, FIA France and FIA Switzerland. FIA France receives all the income from sporting activities (such as race entry fees) and FIA Switzerland carries the majority of the FIA's personnel costs. The 2008 draft budget for FIA Switzerland was drawn up on 21st September 2007 and it was forecast that it would break even which is no surprise since the FIA itself is a non-profit association. However, on 3rd October 2007 the projections for FIA France were drawn up and it is believed that these showed income of €38,541,000 for 2008 but expenses of only €38,069,000 meaning €472,000 would be transferred to the FIA reserves.

The projected profit is understandable since entry fees per GP are believed to have increased 33% to €300,000 in 2008 with F1 calendar fees also thought to have risen by €2,510,000 - an increase of 90% on 2007. But from the meeting between Mosley and the GPDA at Monza last year, it looks like these forecast profits never came to pass.

This raises several questions. Firstly, why was the FIA's 2008 profit of €472,000, as forecast in October 2007, reduced to a €1.7m shortfall less than 12 months later? Secondly, how can the FIA now afford to accept reduced super licence fees?

The recent FIA statement said that "a reduced fee would reflect the major cost reductions that will be brought into the sport for next season." However, this doesn't seem very clear since the majority of the drivers are thought to pay their own super licence fees (hence their annoyance at the increase) so they aren't a team cost and don't require a reduction on those grounds.

Surely if the super licence fee reduction has been made for the reason that general cost cuts are needed in the sport, the FIA should recommend that F1's huge race hosting fees should be reduced. After all, since the recession began in earnest six months ago, F1 has not lost any teams yet two Grands Prix have fallen off the calendar. The circuits could do a lot worse than finding out why the FIA caved in on the hike in drivers' fees.