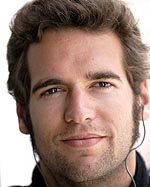 While everyone was waiting for Dams' driver Kamui Kobayashi to take pole position today, it was Spaniard Roldan Rodriguez who ended up taking the prestigious spot on his very last lap.

After only four laps, Kobayashi was the fastest man on track again, posting a 1:45.492 and then going even quicker, but Rodriguez stole his thunder with a 1:45.233.

Another driver who could have gotten in the battle was Andreas Zuber, but the hapless FMS driver had to stop on his out lap due to an engine problem.

Nine minutes into qualifying, James Jakes lost control of his car and crashed. The session was subsequently red flagged for eight minutes. At that point, Kobayashi was quickest ahead of Petrov and teammate d'Ambrosio, all three men under 1:46.

With 21 minutes to go, the cars went back on track except for the two Dams. Ten minutes before the end of the session, Kobayashi and d'Ambrosio finally got returned to the action only to be forced back to the pits four minutes later when Al Fardan stopped in the middle of the track: the Bahraini from GFH Team iSport having lost the back of his car at turn 4 on cold tyres.

When the session resumed again, Javier Villa and Giedo Van der Garde both improved enough to get into the Top 5. At the chequered flag, Kamui Kobayashi also improved with a 1:45.418. Seconds later however, Rodriguez crossed the finish line flat-out to snatch pole position. Javier Villa on Super Nova was third fastest.

Roldan Rodriguez (Piquet GP) Pole: "It couldn't be better. It's perfect! Pole position at the last minute is the best way to start the season. I started on old tyres and did only half a lap before the red flag. Then, on new tyres, I couldn't do a proper lap. I was fifth when the second red flag happened and all I had left was one last lap to improve… I went for it and it worked! Tomorrow, I'll have no one in front: I'll just push and I won't think about what's going on behind."

Kamui Kobayashi (Dams) 2nd: "At the chequered flag, I thought I had pole for sure. When they told me that Rodriguez went quicker in just one lap, I thought "how?!" I was a little bit unlucky because when I put the new tyres, after two flying laps there was the second red flag. It's frustrating because we had been waiting in the pit after the first red flag for the best time to get back onto the track. We were waiting to see who was improving. Still, I think that P2 is a good result. I have the car to go for the win tomorrow. Tomorrow, I'll go for nothing but the win."

Javier Villa (Super Nova Racing) 3rd: "The session went very well. After a difficult season, I wanted to get a fresh start. We have been very competitive since we arrived in China. It was a complicated qualifying session, but we managed to push for two laps and get the best result possible. For tomorrow, starting from the front will make things easier. I'm very happy!"