The long arm of the law closes in on Force India 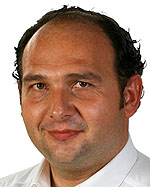 The Force India F1 team had a dismal showing at yesterday's British Grand Prix with both of its drivers failing to finish the race, however, Pitpass' roving business reporter Chris Sylt can exclusively reveal that an even bigger crisis could drive the team off track.

All of the team's directors, including team principal Colin Kolles and part-owner Michiel Mol, are committing a criminal offence and facing the possibility of prosecution for failing to send company documents to the UK authorities. But, perhaps most surprisingly, the documents don't even relate to the team's activities since it was taken over by current owner the Indian billionaire Vijay Mallya last year.

The documents in question are the annual accounts for the team's operating company Force India Formula One limited which now numbers amongst its directors Kolles, Mol and Force India's corporate and business director Patrick Missling. However, the accounts due are those for the year-ending 31 December 2006 - a year in which the team was first owned by Russian billionaire Alex Shnaider and then the Spyker car company.

The accounts were due in October 2007 but have yet to be filed with the UK's Companies House. The delay has already incurred the company a £500 fine for being between 6 and 12 months late in filing its accounts. However it is the criminal penalty that could cause the team far more grief.

"We acknowledge that the accounts for these companies have not been filed," he says explaining that "whilst we regret this situation, which has come about as a result of a requirement to resolve some minor outstanding issues that have come to light since the acquisition of Force India in October 2007 with our auditors, we expect the accounts to be filed very shortly. No adverse inference should be drawn from this delay in filing the accounts as such accounting issues, sometimes, do crop up especially when there is a change of ownership."

Nevertheless, Mallya's confidence may be meaningless if his team doesn't file its accounts with pretty much immediate effect. When asked if directors are really prosecuted, Companies House replied "yes. On average we prosecute more than 1,600 directors each year for failing to deliver accounts and returns to Companies House on time. Persistent failure to deliver statutory documents on time may also lead to a director being disqualified by court order from taking part in the management of a company, for a period specified in the order." This is not something that a team principal wants on his record and the consequences for the team itself could be equally severe.

"Not filing or filing late could possibly have a consequence on the company's credit rating," says Companies House. With Force India starting to get a good roster of sponsors this is the last thing that the team needs.