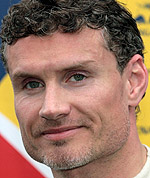 Officials at Monaco have stated that David Coulthard will start tomorrow's Monaco GP from 13th on the grid.

The Scot was penalized having been adjudged to have blocked Heikki Kovalainen, thereby ending the Finn's hopes of progressing to the final phase of qualifying.

Subsequently, the Red Bull driver was prevented from taking part in the final phase of the qualifying session, which meant his place was taken by Honda's Jenson Button.

However, at the end of the qualifying session there was confusion, with the official timing screens showing Coulthard as having qualified 16th, while the FIA's own results classification showed the Scot 11th on the timesheets.

The race stewards, having penalized Coulthard by two places subsequently clarified the situation by confirming that the Scot will start 13th on the grid.

To check out our Monaco Saturday gallery, click here