Making the good better - A vision for Formula One: Step Four 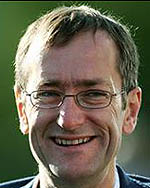 Step Four: Making F1 a sport rather than a business

In this article I'm going to ask three questions of the reader. If the answer to each is 'yes' then I would argue that the only solution is a set of financial regulations (aka a budget cap) administered by the FIA or any future regulators. At the heart of this is a the desire to: (1) Make the sport attractive to multi-national sponsors by ridding any association with sleazy financial dealings or individuals: (2) allowing each team an environment to present a realistic case that they can be successful and not forever in midfield or at the back; (3) make formula one the ultimate sport whereby a large team of people all with specialist skills compete head to head with others at the top of their game on a level and fair playing field.

One: Financing the sport

"Grand Dad what did you do for a job?"

"Well son I started out working for an industry that sold drugs, called cigarettes, (you've learnt about these in history lessons), that were addictive and led to an early death. Then the government put the heat on those guys. The tobacco companies left the scene and, for some of us, no one was really sure where the salaries came from. There was more than the odd rumour that organized crime laundered its money in the industry. Certainly the big boss was always about to be tried for some highly questionable dealings, but always seemed to end up walking away."

"Coo, so you were a gangster? But what did you actually do?"

"Oh, I worked in Formula One."

Well that's a highly cynical view of most of my colleagues' careers, but unfortunately it has a shade of truth in it. What drives Formula One to take any sort of dirty money? Simple, everyone involved wants to win and it's quite clear that money equals results, just like the English Premier League today.

The way to stop this happening is to enable the sport to be financed entirely by legitimate sources without recourse to black money and turn its back on any kind of corruption. This is achieved by making the market buoyant for sponsors such that this is an avenue that simply doesn't have to be taken.

Question one for readers: Do you want to support a sport that is entirely financed by completely legitimate sources?

If the answer is yes, then I think it self-evident that operating teams within a budget, that can be readily obtained from a buoyant market, removes the motivation to take money from questionable source. This is a tad chicken and egg as any association with sleaze drives the legitimate away, so clearly the regulators need a set of financial regulations that target money laundering of any kind such that a long period of sleaze free operation results. Eventually proper sponsors will no longer worry on this point.

What is sport? It's a tricky one to define. In its highest form expressions like 'fair rules', 'a level playing field', 'highest, longest, fastest', all come to mind. We all know and accept that sport needs regulation. We accept this because sport unleashes the deepest emotions, and without regulation things go astray. However already I've stated a conflict as 'a level playing field' and 'highest, longest, fastest' are not harmonious attributes. Easy example – doping, if you want Usain Bolt to go even faster get the best drugs the pharmaceutical industry can supply.

This is causing real issues throughout the world of sport. The English Premier League is a prime example. Hitherto it has been driven by an ethos of win-at-all-costs, just like Formula One. Many feel it has become perverse, players move from club to club for fees and salaries that border on the bonkers. The top teams are pretty much pseudo-monopolies yet often have huge debt. The bottom teams are also loss making and the general standard skewed away from a steady built-in professionalism from grass roots to Premier League towards a massively polarized affair where the handful of big teams run at biblical cost and the rest struggle to survive. The notion of running 'professionally' i.e. as a proper business has rather been lost, to suggest involvement on rational business terms meets with ridicule (American businessmen George Gillett and Tom Hicks were chased away from Liverpool for the sin of not losing enough money per year on their investment; Arsene Wenger constantly gets criticized for not spending enough and worrying about balancing the books; even Manchester United, all conquering maybe, but with a debt that would make most business leaders uncomfortable; Chelsea sack a manager for the sin of being third and Manchester City for the sin of being second; the players and their agents are allowed to push the manager around in a manner that no professional business would ever tolerate.) Now I state all this because the analogy to Formula One is obvious.