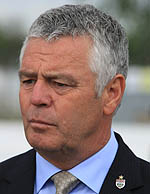 The telemetry issue which blighted the first four rounds of the season has been resolved, according to race steward Derek Warwick.

The issue, which first appeared in Melbourne and was initially attributed to mice chewing through cables, left drivers uninformed regarding warning flags, the deployment of the Safety Car and whether DRS had been disabled or enabled.

In the hours following the Chinese Grand Prix eight drivers were under investigation for using DRS whilst yellow flags were in operation though no further action was taken, race stewards admitting that there were "mitigating circumstances".

The system, which is provided by the German company, Riedel Communications, essentially provides an on-board marshalling system in addition to the traditional flags and warnings shown around the circuit.

Speaking to Reuters Alan Baldwin, race steward, and BRDC president, Derek Warwick said that from Spain onwards it is hoped that the telemetry issue will be a thing of the past.

"We've been told they've got an upgrade which is going to Barcelona and then it'll be working from there," he said, admitting that in view of the problem stewards had been advised to be a little more lenient than usual in terms of flag infringements.

"You can't blame a driver if we've messed up in terms of the support package," he admitted, before warning drivers that official are not going soft. "The FIA has asked us to be lighter on fines for the drivers, but we still have the same tools available to us for other punishments."