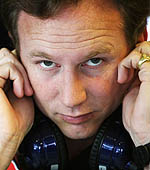 The innovative, Adrian Newey designed RB6 has been both fast and controversial in equal measure this season, carrying Red Bull to the top of both championships with just five races remaining. With five drivers still in the championship hunt, and two of them driving Red Bulls, the team now finds itself entering uncharted territory.

"We were really pleased to finish the European season in the shape that we did; unexpectedly leaving Europe leading both championships," admits team boss Christian Horner.

"Formula One is anything but predictable, as we've seen. We've managed to win the most races of any team so far this year, and we're determined to build on that over the remaining five races."

After a challenging race in Monza two weeks ago, Horner feels all remaining races will be critical, a single mistake potentially enough to rob any one of five drivers, or three teams, of the chance to be world champion.

"This weekend is an important race for all the guys in the hunt for the championship. You've got five contenders and it's going to be down to who makes the least mistakes, who's the most consistent, and who's the most competitive during the remaining five events."

Without the title winning experience of their rivals Red Bull, it would seem, are at a disadvantage when compared to the successes enjoyed in Woking and Maranello. "You get experience through going through scenarios that we've been through, and I think both our guys are equipped to deal with that. I've every confidence the team is equipped," Horner counters. "Let's not forget Ferrari and McLaren are in different guises to what they were previously.

History however is against Red Bull, the last time teammates battled for the championship ended with the Ferrari of Kimi Raikkonen emerging victorious ahead of the McLaren duo of Lewis Hamilton and Fernando Alonso. Looking even further back the record books show the Williams pair of Nelson Piquet and Nigel Mansell ruining each others hopes of the drivers' title in 1986. While the team was able to win the constructors championship, McLaren's Alain Prost walked away with his second drivers' title.

Pressure is therefore growing on Red Bull to focus its efforts on one driver, and a single push for championship success, rather than spreading its efforts across both cars. "Ultimately we've got to beat everybody," says Horner, "so I'd rather have two guys competing for the championships than one. We'll continue to support our guys as fairly and equally as we can.

"I think it's a question of focussing on the basics, and doing the basics well. If we do that, if we have ten good starts, ten good pit stops, ten good qualifying sessions between now and the end of the year then that should be enough to get the job done."

"The effort that's going on in the factory - and let's not forget we are a smaller team than our competitors - has been heroic in many cases. The hours and dedication that have gone in. It's not by accident that we've got ourselves into this position, it's through the hard work and dedication of all the team to get ourselves to this position fighting iconic teams like Ferrari and McLaren."

Of their rivals, Ferrari provides greater concern to Horner. The Italian marque won at the high speed Monza circuit in Italy last time out, whereas the Red Bull struggled by comparison. "Arguably I see Ferrari as the biggest challenge, but ultimately we're focussed on our own performance. We can't dictate what they do.

"They have a quick car, arguably they've been the closest to us since halfway through the year," continued Horner. "They had a bit of bad luck in the middle of the year around Valencia and Silverstone, but in Hockenheim they were quick. They were closest to us in Budapest, obviously Spa didn't go their way, but they were quick again in Monza."