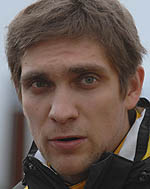 Russian Prime Minister Vladimir Putin has confirmed that car manufacturer Lada is to become a sponsor of the Renault F1 team, thereby increasing the country's involvement in the French team.

Following a meeting with Renault president Carlos Ghosn, Putin said: "Mr Petrov is here, and I wish him success. I am sure he will set a fine example of what cooperation between Renault and Russian car manufacturers can achieve.

"As far as I know, the Lada logo will be on the race car and the uniforms of the driver and pit crew," he added. "This is appropriate, seeing as we intend to launch a new series of cars together with Renault's direct participation under the traditional Lada brand. We will take the first steps in sponsoring the project, and it's possible that we will increase our sponsorship role in the future."

"Lada, together with Renault and Nissan, has wonderful prospects," added Ghosn. "Lada is our main brand in Russia. It is the most popular brand and we will continue to improve it with the support of Nissan and Renault. These three brands account for 35% of the global auto market. In Russia, Lada accounts for one-third of the market. We hope that by promoting Lada with the support of Nissan and Renault, we will be able to increase this share."

With increasing fears that Renault was on the verge of following Honda, BMW and Toyota out of F1 - especially in the wake of 'Crashgate' - the French manufacturer a 75.1 percent slice of the team to Luxembourg investment company Genii Capital late last year.

Having already signed Robert Kubica, the team then recruited 2009 GP2 runner-up Vitaly Petrov, who will become the first Russian to line up on an F1 grid when he contests the Bahrain GP next weekend. It is rumoured that Petrov paid £10m ($15m) for the drive.