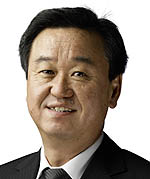 Toyota team principal Tadashi Yamashina has admitted that withdrawing from F1 is an option that the Japanese car manufacturer is considering.

Speaking at a press conference in Tokyo ahead of this weekend's Japanese Grand Prix, Yamashina admitted that the company is concerned at the cost of its F1 programme, especially in light of the fact that after almost eight seasons it has yet to win a race.

"We need to turn it (the sport) into an F1 where you don't need so much money," he said.

Looking ahead he added: "We'll have to consider various issues while bearing in mind our ties with the main company."

At the launch of this year's contender, senior Toyota bosses demanded a win, and while there have been some outstanding performances, particularly Timo Glock's second place at Singapore last week, the Cologne-based outfit has been inconsistent.

Following the departure of Honda at the end of 2008, all eyes were on Toyota and Renault with many convinced that either one, or both, might follow. Other than poor results and rising costs in F1, the global recession has hit their parent companies hard.

'Crashgate' almost saw the departure of Renault, and while Max Mosley seems determined to drive out the manufacturers in his bid to bring down costs, it is widely thought that a compromise was reached which would see the French manufacturer remain in the sport.

For some time now Toyota's plans for 2010 have been uncertain with team bosses admitting that the parent company has yet to sign off the budget for next season. Both drivers have been told they are free to negotiate with other teams while Williams will no longer use the Japanese outfit's power-plants.