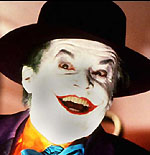 Could it be that Richard Branson is to launch a joint bid with Prodrive's David Richards for the beleaguered Honda F1 team?

As one wag has suggested to Pitpass - you know who you are Jon - even two Dicks (think about it) in charge at Brackley can do no worse than you know who.

On a serious note, a source informs us that two Honda F1 transporters were spotted last night heading to Dover.

Is the sale of the team more advanced than we thought and a possible test on the horizon or is asset stripping already underway?