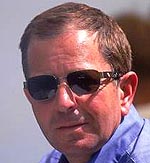 While The Times' motorsport correspondent, Edward Gorman, is calling for Ron Dennis to fall on his sword following McLaren's recent admission that Ferrari information was more widely disseminated than previously thought, The Sunday Times' regular contributor, Martin Brundle, whose observation that the FIA's pursuit of the Woking team resembled a witch-hunt has led to a law suit, is calling on the sport to end the bickering and to move on.

"Back in September, after McLaren were fined $100m and had their constructors' points cancelled, I wrote that although the team had a case to answer, the penalty seemed unreasonable, although clearly there had been communication between their then chief designer Mike Coughlan and Ferrari's disaffected employee Nigel Stepney," he writes. "I stand by that, but documents released conclude that Ferrari information filtered further into McLaren than the team at first recognised or chose to admit."

Having looked at the various issues, including McLaren's struggle with brake locking following its switch from Michelin, the use of carbon dioxide in its tyres, he concludes: "The technical report uses phrases such as "appears to us", "we believe", and "we consider it more likely than not" but on balance it seems McLaren have been compromised.

"So what happens now?" he asks. "Nobody at McLaren is allowed to, or wants to talk. It is a private company, so the stakeholders will decide if heads should roll. The team must be hurting financially and must be struggling to pacify sponsors and attract fresh money until this matter is closed.

"I suspect they would have taken just about any amount of pain to achieve this. Many, though, want to know why the 2008 Renault is not subject to ongoing FIA scrutiny for signs of McLaren technology transfer?

"It's time to move on," he writes, "but I suspect we haven't heard the last of this."