Back pain to force Heidfeld withdrawal? 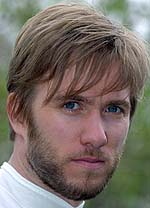 We hear that Nick Heidfeld may have to withdraw from this weekend's French Grand Prix following the return of back pains which prevented him taking part in the recent test at Silverstone.

When asked about the pain on his arrival at Magny-Cours the German declared Nick complained of back aches. "They are gone." Later admitted that he missed the Silverstone test in order to play it safe.

However, it's understood that the German felt further twinges during this afternoon's free practice session causing him to miss going out in the final forty minutes. We hear that he subsequently visited the circuit's medical centre.

If the German is to sit-out this weekend's race a decision will have to be made this evening, in which case he would be replaced by Sebastian Vettel who replaced Robert Kubica at Indianapolis. The 19-year-old finished eighth in the United States Grand Prix, thereby becoming the youngest points winner in the history of the formula One World Championship.