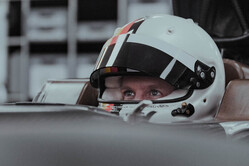 Aston Martin team boss, Otmar Szafnauer has defended the decision to sign Sebastian Vettel, insisting that the German isn't "over the hill" and is still "hungry to perform".

Few would argue that 2020 was Sebastian Vettel's worst season since entering F1, the German recording his worst finish since 2007, when he made his debut, contesting only a handful of races.

Even before the season was underway Vettel realised he was surplus to requirements at Ferrari as the Italian team opted for another product of the Red Bull Driver Programme in Carlos Sainz.

Though his dream of emulating his great hero, Michael Schumacher never worked out, and it was claimed some within Maranello were actively working against him, it cannot be denied that it was a lacklustre season for the four-time world champion who appeared to accept his fate without any attempt to prove his critics wrong.

At a time many felt the German was about to turn his back on F1, having seemingly fallen out of love with the sport over the preceding seasons, Aston Martin threw him a lifeline.

Whether the Silverstone-based outfit has made a canny move and can incentivise the 53-time Grand Prix winner remains to be seen, but team boss, Otmar Szafnauer insists the German isn't "over the hill" and is still "hungry to perform".

"The way I look at it is at 33 years old you don't forget how to drive a Formula 1 racing car fast," he tells Sky Sports. "He definitely hasn't forgotten how to do that, and the work ethic is still there.

"He's really, really hungry to perform," he adds. "We've started working with him this year already and you can see it. He asked all the right questions and a lot of them. He's really hungry for knowledge.

"That's a good trait to have, he has that, he carried that with him to our team. We see it and he is really, really hungry, as he said, to have fun again in Formula 1. But fun to him means being competitive."

Szafnauer believes that Vettel and Lance Stroll can be a "great partnership" as the team targets reclaiming third spot in the standings.

"Seb is very experienced but not over the hill by any means at the age of 33. Lance is much younger and on the learning curve but naturally very fast. So, I think that combination will suit us very well.

"The other thing is we've had a history of drivers working very closely together to extract the most we can out of the team and the car. Even in the days when Esteban and Sergio would occasionally come together on track, behind the scenes they shared all their data, they worked together and they worked tirelessly to make sure that we got the best out of the car over a weekend. I can see that will continue with Sebastian and Lance. I look forward to that.

"Lance can learn from Seb," he concluded. "Seb can learn from Lance as well because Lance is now the veteran here. He's the one who has driven last year's car, he knows the characteristics of it more so than Seb does. So I look forward to that pairing."