After a scintillating end to the 2021 Formula One season, there is a new king within the sport and with Max Verstappen finally earning his first ever Drivers' Championship, it is the Dutchman who is now the man to beat. 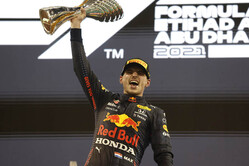 Of course, were it not for a rather suspect call on the final lap of the final round of the 2021 calendar, then it could well have been Lewis Hamilton who secured an eighth and record-breaking Drivers' Championship of his own.

Whether Michael Masi was on Hamilton's Christmas card list or not, is something that we may never know and with the Australian being at the centre of 2021's biggest sporting controversy, he will look to be in less of the limelight for 2022.

A changing of the guard may have taken place at the tail end of last year, but our focus is on the changes that will take place before next year's edition of the global racing circus and as always, the driver transfer market is of most importance.

Especially as there has been a rare change in terms of Mercedes personnel and with Valtteri Bottas departing after five years with the German manufacturer, he will now be a part of the Alfa Romeo team instead.

A switch that sees the Finn move from the near the front of the grid, to the tail end and although his new employers will have desires to move further up the field, such a move will be easier said than done.

Not only that, but Bottas will also be joined by a Formula One debutant for 2022 and with Chinese racer Guanya Zhou now replacing Antonio Giovanazzi, he will look to build on his previous Formula Two experience.

While Bottas' replacement at Mercedes has gone in the other direction and after being on loan at backmarkers Williams Racing, the young Brit finally makes a permanent move to his parent employers. 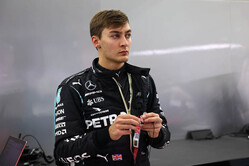 One that in theory makes an all-British team at Mercedes for 2022. Then again, there is still something of an asterisk next to Lewis Hamilton's inclusion and after losing last year's title in such controversial circumstances, talk of retirement has returned to the fore.

Talk that has only got louder in the past couple of weeks and if the former McLaren pilot decides not to enter the class of 2022, then it will only increase the odds of Max Verstappen winning back-to-back championships.

With sportsbooks such as Youwager already taking bets on the outcome of the 2022 championship, the market is currently priced with Hamilton as one of the favourites and there is little to choose between him and the son of Jos Verstappen. Lewis and Mercedes come in as the favorite to win the title in 2022 at -150. Followed by Max and Red Bull at +250.

However, if the 36-year-old was removed from the equation, then it would mean Verstappen's nemesis is no longer a factor when it comes to betting talk for next year and the Dutchman would largely be untroubled at the top of the field.

Of course, last year's success came via a Honda-powered engine and with the Japanese marque calling time on their own Formula One exploits, it is now down to the Red Bull team to take all this horsepower in-house.

A Honda powerplant in all but name but one that is now Red Bull branded and team boss Christian Horner will be hoping that the transition from previous Japanese ownership, is one that goes as smooth as possible.

A feeling that will also be within the AlphaTauri squad and with Red Bull's sister team also previously taking on Honda powerplants, both the unchanged pair of Pierre Gasly and Yuki Tsunoda will be tasked with getting to grips with a rebranded engine.

That may be the only engine change for this year but there are more substantial changes when it comes to the car itself and with larger tyres now fitted to each of the 20 cars on the grid, they will certainly have a new look for 2022.

From the previous size of 13 inches, they have now been expanded to 18 and with a successful trial taking place in last year's Formula Two class, it will be interesting to see how each of the drivers fare in the coming months.

With this year also ushering in a new generation of car, it will hopefully make the field even more competitive and although the sight of Red Bull bloodying the nose of Mercedes has been welcomed, more teams could do with their own moment in the spotlight.

Which means the likes of Ferrari, McLaren and Williams will all be aiming to return to the front row of the grid and if they can make sense of the new regulations quickly, they may well be able to spring a surprise on the rest.

Whether that proves to be the case, time will only tell and with the first race taking place in just a couple of months, it will be interesting to see who comes out on top at the upcoming Bahrain Grand Prix.