The World Of Motorsports 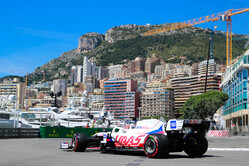 Motorsports have been in existence since the dawn of technological advancements in the automotive industry. According to studies, it is speculated to turn in a global revenue of $9 trillion by 2030.

The essence of racing has been embedded in the car culture forever! Due to races, the need for enhancements in parts, components, and systems was in huge demand.

Not only that, racing has played a pivotal role in the promotional purposes of new automobile improvements. Therefore, it became one of the most popular sports in the world.

Even then, what are the different types of cars, and why is the industry so popular? Read on to find out! 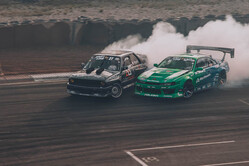 Indeed, race cars have evolved over the years and have become more efficient, faster, and safer. The community has also come a long way - from lack of funds to optimal funding.

Moreover, most of these funds poured in through sports betting and sponsorships. Among them, Captaingambling.com/au/sports-betting/ has one the best F1 bookmakers!

Either way, such cars are no longer death traps for racers. Now, you will find highly efficient, well-developed, modern, and fast cars that offer excitement and safety in the sport.

Each race car is different in its technology, engine, and construction. Therefore, the types of racing will be different as well.

One of the most famous examples of such race cars - Formula 1.

According to Liberty Media's balance sheet of 2017, F1 TV contracts added $587 million. Hence, alluding to the insane popularity of F1 racing! Due to the construction of open seaters, which makes F1 the fastest and an extreme race car.

Such cars utilize optimal aerodynamic and physics to ensure fastness.

It has pointy noises and wings at the back. Furthermore, these are single seaters with an engine situated at the back of the driver.

Due to the exposed components of suspension and low weight offers optimal traction. In addition, the low weight enables the retention of power with professional handling.

Open seater race cars use engineering approaches that remain unparalleled till today. Therefore, resulting in a subline handling of unique and enormous power.

NASCAR races earn $660 million every year through TV rights and networking. Such cars use custom motors, chassis, and innovative technology. Furthermore, the use of silhouette car designs standardized their racing technology.

Ideally, such cars look like normal production cars but have engines with hidden horsepower.

Most NASCAR cars have embedded features of Carburetor V8 engines and enhanced suspension. Due to this, such cars have tilted anatomy to their left. Moreover, making it an ideal choice to drive through racetracks with optimal speed. 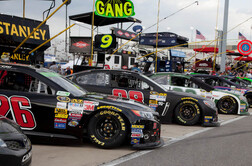 The Reason Behind The Popularity Of Motorsports

You are likely to have heard about car races while growing up. Most millennials find it to be the most adrenaline-inducing sport in existence. Furthermore, the last 20 years of technological development have made an impact on race cars.

Due to the constant access to the internet, every enthusiast is getting into the betting aspect of this sport.

The motorsport niche brings in millions of viewers from around the world. But what is the reason behind its popularity?

• Uncertainty - The reason behind the popularity of racing is the death-defying element it possesses. Moreover, the uncertainty of the sport makes it a crowd favorite

• Money - Undoubtedly, racers get paid in millions. But viewers can also gain ROI from sports-related jobs and betting

The world of motorsports or car racing is vast and ever evolving. Moreover, it is a great option for adrenaline enthusiasts to indulge in. The world is saturated to numerous race cars, but only F1 and NASCAR hold a special place in fans' hearts.

There are numerous reasons behind the popularity of such races, one being the social element embedded in it. Furthermore, it has a money-making opportunity for gamblers as well!