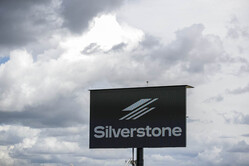 As the British Grand Prix weekend gets underway, the police have warned of potential disruption of Sunday's race by protestors.

"We have received credible intelligence that a group of protestors are planning to disrupt the event and possibly invade the track on race day," said Chief Inspector Tom Thompson of Northamptonshire Police in a brief statement.

"First of all, I want to appeal directly to this group of people and strongly urge you to not put yourselves, the drivers, as well as the many marshals, volunteers and members of the public, at risk.

"Going onto a live racetrack is extremely dangerous – if you go ahead with this reckless plan you are jeopardising lives.

"Protesting is of course everyone's human right in this country and we are more than happy to speak with you to help you facilitate a peaceful protest at the circuit, we just please ask that you do not create a situation that puts lives in danger.

"I would just appeal to members of the public to be extra vigilant and to make us aware of anything you see during the race weekend that doesn't look right. We would rather get a well-meaning report that turns out to be nothing, than not receive one at all.

"If you see or suspect anything suspicious, please report it to a member of the police or security."

Of course, Silverstone has history, the 2003 Grand Prix turned on its head when a former priest ran on to the track during the race.

In recent months various protest groups have caused disruption using various methods, and among environmentalists the Grand Prix would be seen as a prime target.

Only last month, Sebastian Vettel admitted to being conflicted, admitting that whilst he continued to drive a Formula One car he fully empathised with those protesting in the name of global warming.