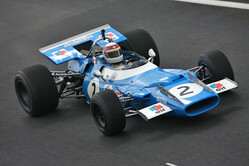 The event will showcase over 1,000 classic and modern sports cars combined with entertainment for all the family at one of Scotland most historic stately homes, Thirlestane Castle, in Lauder south of Edinburgh on 18 and 19 June.

The event is expected to attract over 20,000 spectators with a festival including live motorsport with a celebration of Scottish culture, food and drink. The event will showcase the greatest ever collection of Sir Jackie's race cars, alongside film and memorabilia.

At the heart of this major new event for Scotland is raising awareness and funds for Race Against Dementia. A global charity established by Sir Jackie to support his wife Helen, diagnosed with frontotemporal dementia in 2014. Today over 50 million people around the world have dementia.

The Sir Jackie Stewart Classic has lined up a stunning exclusive for all race fans. The 1969 Matra MS-80 02 that powered Sir Jackie to his first Formula One title will be driven in Scotland for the very first time, on Saturday 18 and Sunday 19 June, in the grounds of Thirlestane Castle.

The car was a dominant force in that 1969 season and was a triumph of teamwork between the French car-maker, Tyrrell and Cosworth engine. It even needed a little help from Dunlop tyres to seal the deal in the rain at Monza in Italy. 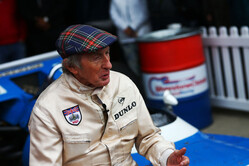 The Classic takes place at Thirlestane Castle, a magnificent 16th century castle and one of the oldest ancestral homes in Scotland, 25miles south of Edinburgh, on 18 and 19 June in Lauder, Scottish Borders.