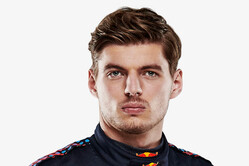 Looking back at the Portuguese GP, how do you reflect on the race weekend and what positives do you take heading to Spain?
Sergio Perez: Of course I expected better things, however I prefer to see the glass half full and I'm happy with the progress we have made in terms of adapting to the car.

Imola and Portugal were very complicated races, but I learned a lot. We were running at the same pace as the leader group, and we scored some good points, this can only get better.

The championship fight with Mercedes is so close right now. How does that change the atmosphere in the team, specially into the race weekend?
SP: I've been here for a short time, but since I got here the atmosphere has been the same, everyone in the Team is working towards the same goal: winning races and aiming to the championship.
It is something completely different from what I'm used to and the motivation is really high. I'm very happy to be here and to be part of this effort, I'm pretty sure I won't let this Team down.

We are starting to build a picture of tracks that might suit our car better versus others. Do you think Barcelona will be a good opportunity for us or does it not play to our strengths?
SP: I think we should be in the fight right from the start. It is a very particular track, with very slow corners and then three and nine are high speed corners, so the key here is to find the right balance and to take care of the right side tyres. The wind is also something to consider. It's a very tricky circuit, but as I said, we should be competitive from the beginning and fight for the win.

Barcelona is a track all teams and drivers know very well unlike the last two races which have been at new circuits such as Imola and Portimao. Is this a good thing and do you enjoy the track?
SP: Yes it is a special place, in 2011 I scored my first points in F1 and who knows, maybe could be the place for my first podium with Red Bull. It's a track where qualifying is very important so I'm pretty sure we are ready for this challenge. This year we didn't have our usual winter testing and last year the track conditions were different from the ones we usually have in May. I'm really intrigued about what the RB16B can do there. Last year this was the first race I drove after I had covid and I had a good result, so yes, it is a track I enjoy driving.

As the races are coming thick and fast now, how do you reflect on one race and prepare for another in such close succession to each other?
SP: It is exactly when the work we made in the off-season kicks in. This year I prepared myself like never before, so I think it is a matter of being ready mentally, especially after not the best result. It's important to turn the page quickly and be ready to get back to work.

We had triple headers last year and that of course was very demanding, however the double and triple headers are harder for the Team in the garage, and I always feel bad for them, because they have to spend so much time away from their families. But we are pros and we will be ready for sure.

Barcelona marks your 100th GP with Red Bull Racing. How does it feel being part of this Team?
Max Verstappen: Getting to 100 races with Red Bull has gone so quickly to be honest, I didn't know it had been that many! I must be getting old (laughs). I enjoy being part of the Team for as long as I have. The atmosphere in the whole Team is great and there is a lot of motivation and energy here from everyone. We have a really good working relationship but also besides that, off track we also get on very well and have a lot of fun so it's very nice for me to be part of the Team and hopefully of course for a lot more years.

Barcelona holds some special memories from your first F1 win, what do you remember from that day?
MV: Barcelona will always hold special memories for me. Your first F1 win is pretty emotional, especially when it is a bit of a shock to everyone as it was my debut for the Team. I don't really get emotional that often but I was pretty close to tears that day and so was my Dad. Everything flashes through your head of how you got to Formula One. It wasn't all easy and people think that when you are winning it looks pretty easy but you have to do the hard work to get there. Like all young drivers we spent a lot of time away from home, driving around Europe and working as hard as possible. Of course, I had a big help from my Dad who prepared me very well but there is no guarantee you will make it to Formula One but as a family that was always the goal. Suddenly, after the win, it all flashes through your head and it was an incredible day. I've said it many times, my first win was a shock, nobody expected it, so it will be a day I will never forget. I'm very grateful to everyone who worked with me and got to that point at such a young age.

We now have a bit of a picture of tracks that may suit us and other teams, what do you think Barcelona will have in store after a challenging Portuguese GP?
MV: I think it can be a good track for us, but I do expect Mercedes to be very quick too so it's going to be very close again and it's just going to depend on who finds the best set-up. We know Barcelona is a normal track in terms of grip levels, unlike Portugal, so there we can see the real pace of the cars again.

Barcelona is a really good track and we all know it very well. I've been there in the beginning of the year in a GT car driving with my Dad and enjoying the track so it will be good to go back. We are in a development race with Mercedes and we have to make sure we can keep this level for the rest of the season and keep improving every weekend. Even if you win there are still so many things you can learn from a race weekend as nothing is ever perfect and we are looking at every aspect to stay in the fight.

Max will make his 100th start for Red Bull Racing this weekend, becoming the fourth driver in the Team's history to reach that milestone after Mark Webber (129), Sebastian Vettel (113) and Daniel Ricciardo (100).

Max's 2016 Spanish GP performance was one for the ages. His victory that day simultaneously established records for youngest race leader, youngest podium finisher and youngest winner (all at age 18 years 228 days). He was also the first driver to win on a mid-season debut for any team since Juan-Manuel Fangio for Mercedes at the 1954 French GP.

Red Bull have 83 points after the opening three races of the year, the team's best start since 2011 and including 2012 and 2013, in which Red Bull were the Constructors' World Champions.

Max entered the record books in last weekend's Portuguese Grand Prix as he joined Lewis Hamilton and Valtteri Bottas on the podium for the 15th time, making them the most commonly recurring podium trio in Formula One history.