Marko: Everything must be right 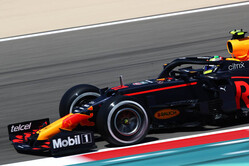 Helmut Marko admits that nothing less than total perfection is required if Red Bull is to "succeed" in its battle with Mercedes.

Despite the fact that Red Bull clearly had Mercedes on the back foot for much of the Bahrain weekend, when it mattered, when it really, really mattered, it was the Black Arrows who came out on top.

Brave strategy, brilliant defensive driving from Lewis Hamilton and, admittedly, an issue with Max Verstappen's differential, saw Mercedes score a brilliant victory, while Red Bull could only wonder 'what the hell just happened!'

As the championship moves on to Imola and beyond, Helmut Marko warns that nothing less than total perfection is required if Red Bull is to succeed.

"With the package we have, a very competitive engine and a chassis that responds well to everything, we will be at Mercedes' level again," the Austrian tells Formel1.de.

"We now know that you can only succeed against Mercedes if you are perfect," he adds. "Everything has to be right.

"We assume the situation will be similar at Imola, hopefully the podium will be reversed, with Max on the highest step."

However, other than the fact that Mercedes will also be seeking 100% perfection - and in that department it has experience - there are other factors such as the budget cap and the impending switch of focus to 2022.

"I said at the start of the season that it’s the most difficult season for us since we have been in Formula 1," admits the Austrian. "On the one hand, we are obviously affected by the budget cap and on the other we see an opportunity to win the world title.

"Therefore, we have to do everything in our power to win it... without ignoring 2022. We have to work in parallel and it is now a risk, to balance the two projects in a way that both are a success."