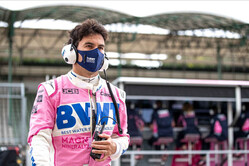 Sergio Perez admits that taking a sabbatical in 2021 is one of the options he is currently considering.

Sixth in the driver standings - despite missing two races after testing positive for COVID - the Mexican has scored 82 of Racing Point's 134 this season.

However, with Sebastian Vettel joining Lance stroll next season, Perez has yet to find a drive, and unless he can convince Red Bull to place him alongside Max Verstappen his options are severely limited.

Speaking to reporters ahead of this weekend's Turkish Grand Prix, the Mexican admits that one of the options he is considering for next year is to take a sabbatical.

"The season is coming soon to an end, so as I said before until the teams don't announce a driver, then everything is an option," said. "Everything is so late now and it looks like I will know whether I continue in Formula 1 or not quite late in the year so I think a sabbatical – it's an option," he admitted. "We will see what happens in the next couple of weeks.

"There have been things that could have been better," he continued, as he reflected on a rollercoaster 2020, "I should have two podiums already this season, I should have a lot more points.

"Missing two races is not ideal in such a short championship," he admitted, "but overall I am pleased, especially with the level of consistency throughout the years."

In terms of the prospect of sitting out the 2020 season, he is remarkably philosophical.

"If it's an injustice on missing out? I think it's part of F1. I always knew this is how it is. I can call myself privileged. I've had a great career, ten years in F1 up until now.

"If that was the case that I have to leave the sport I can leave with a lot of pride because I've delivered with the material I've had and not many people can have such a career. We will see what happens but I am in peace with myself."