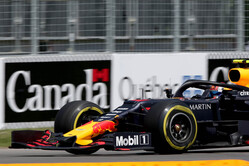 FIA president, Jean Todt has said that F1 bosses are hoping to avoid a clash with the Le Mans 24 Hour race in 2021.

This year's schedules saw the Canadian Grand Prix scheduled for the same weekend (13/14 June) as the legendary endurance event.

However, the pandemic saw both events rescheduled, and while the Montreal F1 race was cancelled entirely the WEC event was held this weekend.

On Friday, the FIA released its provisional calendar for the 2021 World Endurance Championship (WEC), featuring Le Mans on 12/13 June, speaking at the weekend, FIA president, Jean Todt confirmed that F1 bosses are aiming to avoid another clash.

"Clearly, we will do as much as we can to avoid a clash between WEC and Formula One," he said in a Zoom news conference.

"But of course it can also depend where Formula One will be located because the time zone has some importance," he added. "So we will do the best effort but that's the maximum I can tell you."

While F1 has yet to publish a provisional schedule for 2021, the ongoing uncertainty over the pandemic means that what is issued in the coming weeks and the eventual reality may be entirely different.

That said, Chase Carey recently said that the provisional calendar will almost certainly include the usual locations.

"We're certainly planning on a 2021 that may not be completely business back to normal, but it's pretty close," he told Sky Sports.

This season should have featured the sport's busiest schedule with 22 races, however this was decimated by the pandemic and as result of the 17 rounds on the revised calendar, all but a handful take place in Europe, as the sport returns to a few old venues and visits a few others - such as last week's Tuscan Grand Prix at Mugello - for the first time.