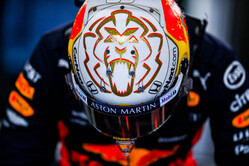 While Toto Wolff continues to claim that Max Verstappen is a threat to Lewis Hamilton's seventh title - or Valtteri Bottas' first - we should not entirely dismiss the Austrian's comments as his usual, highly frustrating tactic of playing the underdog card.

Though Mercedes have won five of the six races thus far, and taken pole at all, Verstappen is currently second in the standings, 37 points adrift of the world champion.

Looking back on the opening phase of the season, which, since his early retirement in Austria has seen him claim five successive podiums, the Dutch youngster believes that he and his team have overachieved.

"Looking at pure pace, they of course, both of them, they should be ahead of me in the championship," said the youngster, referring to the Black Arrows pair. "I've had one retirement, Bottas finished out of the points with a puncture, so no points. But of course that was unlucky for him, and unlucky for me in the first race.

"To be second in a few races where I think Mercedes had more pace, we definitely overachieved a bit," he continued. "Besides that, I think we always maximised what we could. I'm very happy with that.

"As a team and myself, we are not here to be second or third," he said, "we want to fight for the championship, but you also have to accept the situation we are in, that we are not really able to challenge. It looks like it on paper, but if you look at the pure pace, we are too slow. At the moment, we are relying on a bit of an off day for Mercedes or a bit of luck to win a race. So there's still a lot of work to do."

As ever, tyres are proving to be one of the deciding factors, and while the Mercedes doesn't like the warmer destinations on the calendar, as witnessed at Silverstone, nor does the W11 favour the cooler conditions expected this weekend.

"We kept saying, 'we need heat, we need heat', well, we definitely got beaten in the heat in Barcelona," he said. "Maybe we could have done things better. But the gap like that, even with a bit of set-up work, it's not going to change.

"Maybe the tyres will help. I don't know. It's not going to be warm enough, I think. It's tricky, but I like to be realistic and I don't like to tell fairy tales. So it will be hard, but I will try to of course be on the podium."