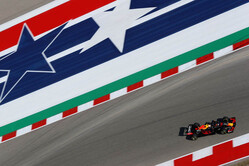 While there is joy at Imola, the Nurburgring and Portimao following Friday's news that all three are to host rounds of the 2020 world championship, possibly opening the door to further races in the future, at the Circuit of the Americas the confirmation that the United States Grand Prix is cancelled was "painful".

Citing the "fluid nature" of the pandemic, "local restrictions and the importance of keeping communities and colleagues safe", F1 opted to cancel the events in Brazil, USA, Mexico and Canada.

At the Circuit of the Americas, chairman Bobby Epstein was particularly disappointed with the news, as the Austin track appeared likely to sell-out for the second successive year.

"We sold out last year," he told the American-Statesman newspaper, "we would've expected to sell out this year... next year we'll hopefully go and make room for even bigger capacity."

"The cancellation is prudent, but painful," he subsequently posted on social media. "After a sold out 2019, advance ticket sales deposits were up nearly 250 percent over the prior year, and our staff was preparing our biggest event ever.

"We had secured blockbuster performers for the evening shows, and the racing this year is fantastic," he added. "I'm disappointed for the fans, COTA employees, our community and everyone in the Formula One paddock, as I believe we all look forward to what has become a wonderful annual tradition.

"It is my hope that the pandemic will soon pass and we will celebrate 2021 with the greatest Formula One United States Grand Prix ever!"

According to Reuters, the event injects $392m into the local economy and $880m in direct, indirect and induced spending.

Francois Dumontier, promoter of the Canadian Grand Prix, made it clear that though there would be two 'local' drivers contesting this year's race, without spectators the event simply wasn't viable.

"The turning point was at the moment when public health authorities said if the event took place, it would have to happen without spectators," he told CBC.

In Sao Paulo, mayor Bruno Covas was somewhat baffled by the announcement, insisting that the Interlagos circuit - in the final year of its current contract - was fully prepared for the event.

"We, over the past few weeks, have sent all the data to the organisation of the event showing that the reality of the city of Sao Paulo and the State is quite different from the Brazilian reality," he said in a statement.

"The projection shows that, in November, we will be in a much better situation than the European countries where there are grands prix."