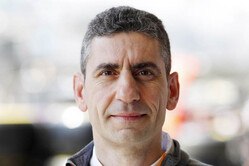 Zak Brown has confirmed that Andrea Stella has been promoted to the role of Race Director as part of a restructuring at the Woking team.

The move, first revealed by Andreas Seidl, sees the Italian promoted from his role of Performance Director to Race Director, the position previously filled by Seidl whilst he considered who best to appoint to the role.

Seidl, who is Team Principal, managing the F1 team, both on and off track, reports directly to Zak Brown, while Team Manager, Paul James remains in his role as does Production Director, Piers Thynne.

Though he only joined McLaren in May 2019, Seidl made an immediate impact on the team, and the latest restructuring is part of his aim to streamline McLaren's management in terms of decision-making, both at the track and at the factory.

"It felt like a long year but in reality, it's been a very short window since we started making changes with our racing team in 2018," said Zak Brown. "Starting with the technical side, we signed James Key early on. We're very excited to have him as our technical director and he and his team have been working hard to put together our 2020 race car.

"Andrea Stella has stepped up, he's leading the team at race weekends, and then, of course, Andreas Seidl, our new team principal, has just done an outstanding job, bringing a tremendous amount of leadership to our racing team."

The American took the opportunity to praise other members of the organisation.

"With any great racing team, there's a lot more than what you see on the track that goes into making it successful," he said. "Mark Waller, our managing director of sales and marketing has done an outstanding job leading our marketing team. You're seeing fantastic partners such as Coca-Cola, BAT and Dell Technologies joining this great racing team and it's thanks to our on-track performance and our off-track performance.

"Laura Bowden, who's our finance director, has done a fantastic job with her team, making sure that we're spending money in the right areas to go as fast as possible and have lots of opportunities to engage with our fans.

"Last year Daniel Gallo joined us as our director of people and culture. While racing teams produce technology, at the end of the day it's our people that are producing that. So, to have a very motivated workforce, people that love showing up to the MTC - as I do - is critically important."

Stella joined McLaren in 2015, initially as race engineer to Fernando Alonso, a role he had fulfilled for the Spaniard at Ferrari. Indeed, the Italian spent 14 years at Maranello, as track engineer for Michael Schumacher and then race engineer for Kimi Raikkonen.

He moved to Woking in 2015, as Head of Race Operations, subsequently being promoted to the role of Performance Director in 2018.