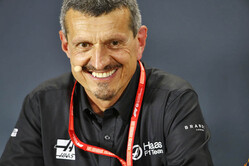 Haas team boss, Guenther Steiner has been fined €7,500 for comments he made about a steward in the moments after the Russian Grand Prix.

During the Russian Grand Prix on September 29, 2019, counting towards the FIA Formula One World Championship, the panel of Stewards imposed a 5-second-time penalty to one of the drivers of the Haas F1 Team.

The Team Principal of the Haas F1 Team, holder of a FIA Super License, after the race was over, took the opportunity to make comments on this decision during a radio message to the relevant driver.

In that message he said: "... if we didn't have a stupid idiotic Steward we would be eighth ... You know who is the steward. You know him. It is always the same. He just does not get any more intelligent...".

This message over the team radio was broadcast to the public and has since been carried by a number of media outlets in both print and audio form.

On October 11, 2019, the Stewards conducted a hearing with Mr. Steiner. He confirmed that his comment was related only to a single Steward of the Russian Grand Prix panel. He didn't intend to single out other Stewards of that panel. Therefore, he has no objection to the present panel hearing this case, even though the Chairman was also the Chairman at the Russian Grand Prix. During the hearing Mr. Steiner said that his radio transmission happened in the heat of the moment after a hotly contested race by his drivers.

In retrospect, he regretted his choice of words used at the time. He did not intend for his words to reflect unfavourably on the FIA officials of the event and the championship.

Nevertheless, the affected radio communication as transmitted at the time is an insult to the Stewards of the event and calls into question both the skills and the integrity of those Stewards. Such statements harm the reputation of motorsport in general, the FIA in particular, and call into question the professionalism of the officials of the FIA. While any factual criticism of Steward panel decisions is always welcomed in private discussions with that panel, public personal attacks against individual officials are totally inappropriate and will not be accepted.

The wording used by Mr. Steiner has caused moral injury to FIA officials, was prejudicial to the interests of motorsport and therefore shall be deemed to be a breach of the rules as defined in Articles 12 1.1.c and 12.1.1.f of the International Sporting Code.

As a person holding a FIA Super License, Mr. Steiner is subject to penalisation by a fine according to Articles 12.1.4, 12.2.1, and 12.4.1 of the International Sporting Code.
Since no penalties have been imposed on Mr. Steiner for similar behaviour in the past, a fine of the amount imposed is considered appropriate.

However, in the event of future violations, it may become necessary to consider whether a team should be penalized, along with any individual involved, with harsher sanctions.