Raikkonen wants no fuss over his 300th 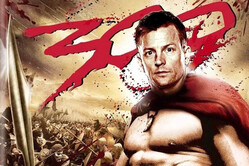 Once he was a party animal, but nowadays Kimi Raikkonen is a happily married father of two, and though there is no question of the feet up, pipe and slippers routine, the Finn has made it clear that he doesn't want a fuss made over the fact that this weekend is his 300th Grand Prix start.

Indeed, the Iceman admits he gets "zero pleasure" from such things.

While officially this weekend mark's the Finn's 300th start, he did not actually get to start the 2001 Belgian or 2017 Malaysian GPs or the infamous 2005 United States Grand Prix at Indianapolis. Indeed, on the Indianapolis grid, in the moments before the warm-up lap, Raikkonen was warned by Ron Dennis that if he ignored orders and took his place on the grid he would be fired.

Should he complete this season, half-way through next year he will surpass Barrichello's 322 and become the most experienced driver in the history of the sport.

Asked if this was important to him, the response was emphatic.

"No, absolutely not," he replied. "I am not here to say I have the most grands prix. It gives me zero pleasure.

"I have already told the team it's purely a number," he added. "I tried to force them to cancel everything but with not very much success"

Asked if it feels good to have been racing in F1 for 17 seasons, he admitted: "It doesn't feel that long honestly, after two years out.

"To be sure without that I wouldn't be here today," he added. "Somehow, maybe that made it not feel as long having a bit more of a normal time. I think afterwards, whenever I stop and look back, then maybe it makes a bit more sense and feels different. But for now it doesn't really feel that it's been that long. It's just racing."

Though he has a contract with Alfa Romeo for 2020, and shows no sign of slowing down, many beleieving he would have made a good teammate/mentor to Charles Leclerc at Ferrari, when asked if he hopes to be racing in F1 in 2021, he replied: "I have no idea.

"I have a contract for next year, but after that who knows. We will have to see how things go and if I am interested."

Asked if the rule changes - whatever they might be - will influence his decision, he said: "No, because in the end when you make a big rule change you never know. Generally the big teams are still there because they had the resources to try lots of different things and figure out the best way to do it.

"It would be nicer if everyone got a lot closer, for the sport and the drivers, because it is very unknown."