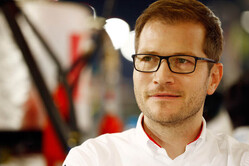 The Spanish Grand Prix is a staple of the Formula 1 calendar. It was first staged in 1951, at Barcelona's Pedralbes circuit, and it has been held at the Circuit de Catalunya since 1991. The track was one of the building projects ahead of the 1992 Olympic Games, at which it staged the road cycling events, and it is renowned for being a good test track. This will be the 29th consecutive Spanish Grand Prix to be staged at the track.

Carlos Sainz: "I'm so excited for my home race. It's always such a special occasion and I can't wait to see all the fans in my grandstand, I'm looking forward to seeing it in full papaya!

"It was a relief to finally get points on the board in Baku. We knew that we had the pace to score those points, but bad luck and events out of my control had prevented it until then. Now the target is to add to that tally in front of my home crowd and throughout the upcoming European season."

Lando Norris: "I'm looking forward to starting the European season; there a few circuits coming up that I've raced at before, including Barcelona. Racing at tracks I know helps me hit the ground running when preparing for the weekend. It only feels like yesterday that we were in Spain for pre-season testing.

"Heading back to where we first tested the car should give us a good indication of the car's performance and the areas we need to improve. It's also good to have the Brand Centre back for the European races, it really adds to the atmosphere in the paddock."

Andreas Seidl, Team Principal: "I'm delighted to have now started at McLaren and I've had a really warm welcome from everyone in the team. During my first few days I've been speaking to as many people around the factory as possible and this will continue over coming weeks as I get to know the team.

"In Spain we'll look to build on the performance shown in the first few races, however we know the field is extremely tightly-packed. The start of the European season is traditionally where teams bring upgrades, so it's hard to say where the grid will line up this weekend, but we will continue to focus on developing our package and improving the car in key areas.

"As always, the objective during the weekend will be ensuring strategy, operations and reliability are as strong as they can be."