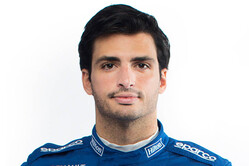 Carlos Sainz: "Following a productive two weeks at pre-season testing, I'm excited to truly get the 2019 season underway. Melbourne is the perfect scenario for the kick-off, I will always remember my debut in F1 here and my first points ever in the Championship. Today, I'm looking forward to racing in my first grand prix weekend with McLaren.

"Pre-season testing was key to completing my integration within the team. I'm very confident in the work I've put together with my engineers and I feel fit and ready to get on track. Now it's finally time to go racing and see where we are compared to our competitors. I've missed Formula 1 over the break… way too much!"

Lando Norris: "This weekend marks the start of an important new chapter in my career. I'm excited to be making my Formula 1 debut and ready for the challenges that lie ahead. There are plenty of new procedures for me to get used to as I step up from F2, so the two weeks at pre-season testing were valuable as they allowed me to fully prepare for this weekend.

"This will be my first-time visiting Australia, so it'll be cool to see a new country. I've spent a lot of time preparing for the race in the simulator back at the factory; there are a few new circuits for me to learn this year.

"Since leaving Barcelona, I've spent a lot of time working with engineers and making my final preparations before taking to the track in Melbourne. I feel ready and I'm looking forward to working with Carlos and the team as we take on the 2019 season together."

Gil de Ferran, Sporting Director: "So here we are at the start of what promises to be an exciting F1 season. Like all people that love F1, we at McLaren have been looking forward to this moment. Despite the difficulties in ascertaining a precise pecking order from testing, one conclusion we can state with reasonable confidence is that this season promises to be a close competition.

"As well as giving life to the new MCL34 in the best way we could, we've been working hard over the winter getting Carlos and Lando embedded into the team. We’ve also been preparing ourselves as a group, trying to incrementally improve every aspect of our roles. Pre-season testing was productive and useful for us, as we completed our goals satisfactorily.

"The journey continues into this season, with what I am sure will be an epic battle throughout the year!"

Changes to the track: The track layout has changed little during the 24-year history of the race. The fast chicane, Turns 11 and 12, has been tightened a little; otherwise, the layout is the same. The run-off areas have been improved and extended all around the track, particularly at Turn Three, scene of Fernando Alonso’s spectacular exit from the race in 2016.