Stroll aims to be "very involved" in Racing Point 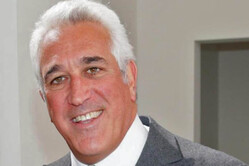 While many are of the belief that Lawrence Stroll bought Force India as a means of advancing his son's career, the fact is that the Canadian billionaire was involved in F1 long before Lance was even born.

For as long as anyone can remember, the logos of the various brands in which he has invested - names such as Tommy Hilfiger, Ralph Lauren and Michael Kors - have been sported on various teams cars.

Though his son will drive for Racing Point this season, alongside Sergio Perez, Stroll insists that this, like all his other ventures, is business, and he will be 'hands-on'.

"I never planned to buy an F1 team," he admits to the official F1 website. "The reason it interested myself and my consortium of investors was because this is a phenomenally special team.

"To be fourth in 2016 and 2017 – and last year I think they would have also been fourth without the interruption of the shareholding – in this unbelievably competitive environment speaks volumes about the staff working in this very special place," he adds. "These guys have been spending less and performing better."

Like a number of other teams, and indeed the previous owners of Force India, Stroll is hoping that the sport's owner follows through on its grand vision for the sport.

"I looked at it as a business opportunity, coupling that with spending time speaking to F1 to understand their vision from 2021, which is some sort of budget cap and some sort of a better revenue distribution to the smaller teams.

"That makes great business sense for a company like this, as this is the model of direction closer to where the future will go. I've been around the sport for thirty years. There's only ten teams and if you look at the value of the franchise, whether it be NFL, UK rugby or football, the value of an asset like this, treated properly, cherished over time significantly appreciates. I think the same thing will happen here.

"I will be very involved," admits the Canadian, in stark contrast to Vijay Mallya who took a hands-off approach. "The plan is number one... nothing is broke here so you don't need to fix it. It already has great leadership and management in the team. They have been doing this for a long time and doing a great job. So it's about supporting them. Number two, is about putting financial stability in place."

While the need to go into administration and re-emerge as a new entity robbed the team of an almost certain fourth place in the team standings, the financial situation prior to that was already seriously compromising its efforts, certainly in terms of development. With money in the kitty, technical boss Andrew Green admits that it will change the whole approach moving forward.

"It means we can plan with confidence, rather than thinking if we do that and the money doesn't turn up, we're compromised," he says. "Eliminating that is a big thing, and then with a view to know that instead of targeting two or three updates in the season, we can put parts on the car when they make the car go quicker, which strategically is a big change for us, instead of accumulating a load of parts and getting a big update on the car, waiting another couple of months and another one, we can now think about, if that part makes the car quicker, let's put it on now.

"The car lagged so far behind the windtunnel model, several months in fact," he admits. "Now we're trying to reduce that and get the fastest car we can on track at all times. The next thing is how quickly we can start clawing back the deficit between ourselves and the top teams. The gap is too big. There is a lot we can do, and now without the financial shackles, it's all down to how smart we are.

"It's incredibly frustrating when you know there are projects out there that deliver lap time, but we can't put them on the car for various reasons. To have a lot of that removed is hugely positive. We can also start doing some experiments."

A point in case are the new regulations for this season, which are sure to see an early development race as the teams get to grips with the new front wings.

Previously, it would "have been an absolute nightmare" admits Green, "when we do new front wings, it's a huge cost.

"Because it's new regulations, we'll be updating them more often early on," he continues, "it's a big expense, and they are bigger, I think they are going get hit a lot more, I think we'll lose a lot more to damage so we'll need more of them. That would have been a huge headache for the old Force India. It's still a headache now, but less of one."

Finally, asked his targets, Stroll replies: "Short term, we want to stay fighting where we are. Medium term, we want to try and fight for third, instead of fourth. Long term, when all the rules, change, hopefully we will be one of the greatest teams in the paddock."