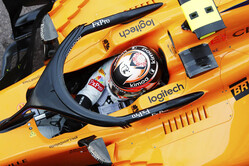 Fernando Alonso: "It's not often we get to drive on new tracks, or tracks that are new for most of us but already have a strong legacy behind them, so after my Le Mans experience it's great to be staying in France and heading to Paul Ricard. Winning the 24 Hours of Le Mans still feels like a dream and it was an incredible week. It's finally sinking in now and I'm already looking forward to getting back in my car and going racing again.

"I've never raced at Paul Ricard in Formula 1, but I drove there in testing a few years ago and I've seen the designs of the new circuit configurations. I think it looks like it has the potential to be a mega track, and going to a new venue always makes things exciting, as we're all in the same position learning its characteristics from scratch.

"From what we do know, it'll be a tough race for the cars and drivers, and a tricky technical challenge to set the cars up. It does look like there are a few overtaking opportunities though, which should hopefully provide some exciting racing. After a couple of disappointing weekends, I hope we can bounce back in France with a more positive result."

Stoffel Vandoorne: "Although Formula 1 hasn't visited Paul Ricard for a long time, I'm actually one of the only drivers on the current grid that has driven the track - I drove there during a Pirelli test in 2016, which was a really cool experience, and I also raced there in my Formula Renault days.

"It looks like a great track which has been very much modernised, and I think it'll provide some great racing. It's a technical circuit, with a mix of high-speed and low-speed sections, and some of the corners like Signes are extremely challenging and really good fun. There are also some areas where overtaking is definitely possible, so hopefully it should help to mix up the pack a little bit.

"There will be a lot of fans coming to Paul Ricard to experience this race for the first time, so there should be a great atmosphere all weekend. It'll be great to visit a new city and see how our package performs on a new track - it'll be unknown territory for all of us, but I'm looking forward to the challenge and hope we can put our last couple of results behind us.

"Congratulations to Fernando for his win at Le Mans - I watched the last few hours at home and was hoping nothing dramatic would happen right at the end. I know Fernando did a lot of preparation and it was a well-deserved victory for the whole team."

Eric Boullier: "I'm both pleased and proud to be returning to the Circuit Paul Ricard as Formula 1 returns to host a grand prix for the first time there in almost thirty years. It's definitely been a labour of love for all involved, and I'm very appreciative of the opportunity to have been part of the process to bring it back onto the calendar. I'm confident that the facilities will be viewed as among the best of all the circuits we visit, and the organisers should be very satisfied with what has been achieved to re-establish this circuit that holds so many great racing memories for a lot of people.

"It's been a long process since the campaign first began, but a worthwhile one, and I think we have the potential for some great racing there next weekend. In addition, welcoming another grand prix to a European venue with such a rich heritage in Formula 1 as France is also very pleasing, and I hope it will prove to be another fantastic destination for fans to enjoy visiting.

"By design this circuit is no mean feat, and it'll certainly be both a challenging and exhilarating track for the engineers and drivers to get their heads around. Our focus must first and foremost be on reliability after our recent spate of retirements. We've worked hard to understand our performance issues in Canada and hope that in France we can put in a more representative showing on track.

"Finally, on behalf of everyone at McLaren I'd like to offer huge congratulations to Fernando for his fantastic Le Mans win. He showed his talent and mental strength during what we know is an exceptionally tough race, and we were all cheering him on as he lifted the trophy. We know it's been on his bucket list for a while now and it's another incredible achievement to add to the record books."

Toughest corner: Turn 10, Signes. Arguably the most famous corner on the lap, this 85-degree right-hander is taken flat-out in eighth gear and requires 100 per cent commitment from the drivers. With an apex speed of 300km/h (186mph), it's one of the fastest corners on the Formula 1 calendar.

Focus points Paul Ricard has recently been re-surfaced and the new asphalt is similar to Silverstone and the Circuit de Barcelona-Catalunya, where rear tyre temperatures were a concern during winter testing. To combat blistering, Pirelli has introduced a thinner tread on the tyres used at these tracks, the new-spec tyres being 1kg lighter than a conventional set.

Biggest challenge Aero balance. There are several long corners in the second half of the lap, notably Turns 11 and 12, through which a good aero balance is important. Ideally, the driver wants a benign car that's easy to balance at high speed, while braking or accelerating and turning.

Braking: Easy. Two weeks after the Canadian Grand Prix, which was one of the hardest tracks of the year on brakes, F1 goes to one of the least demanding tracks for braking. Paul Ricard has only four significant braking areas and there are three long straights along which to cool the brake systems.

Power: The cars use 1.8kg of fuel per lap, which is just above average. The team expects no fuel consumption issues during the race.

Aero: Medium downforce. The combination of three long straights and some medium-to-high speed corners forces the teams to reduce downforce levels. Not as low as Spa-Francorchamps or Monza, but it's not a maximum downforce track.