Renault duo look ahead to France 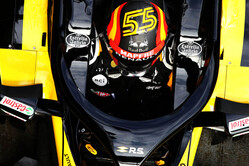 Nico Hulkenberg heads to the slightly unfamiliar Circuit Paul Ricard on the back of a bright weekend in Montreal, where he claimed a solid seventh place courtesy of a cool and composed performance.

How excited are you for the French Grand Prix?
Nico Hulkenberg: I'm very much looking forward to racing at Circuit Paul Ricard. It's been a long time coming for Renault, 10 years since their last race on home soil, so I'm carrying that extra level of motivation to do the job proud on track. I know how much this means to the staff members of the team!

What do you know about Circuit Paul Ricard?
NH: I know the circuit quite well actually, so it's not like going in totally blind. I've driven a few laps there back when I was preparing for the 2015 Le Mans 24 Hours. The characteristics of the circuit are quite similar to the last round in Montreal, especially the long straights with need for a high-top speed, as well as heavy braking zones. Friday practice is going be important for all teams and drivers to get up to speed of learning a new circuit, but that's a challenge I look forward to and I'll be doing my best to discover some secrets.

How does a driver prepare for a new circuit on the calendar?
NH: Completing laps on the simulator is a good starting point, and we'll be spending a day at Enstone going through set-ups and trying to get some data on board before we head there. Then it's about working hard with your engineers, learning and listening, before putting it all into practice and trying to get as many laps as possible chalked up through the Friday and Saturday practice sessions.

Is the Hulk happy after sealing the ‘best of the rest' accolade in Canada?
NH: It was a pleasing weekend in the end for the whole team, ten points in the bag and taking a positive step ahead of our nearest rival. Of course, finishing seventh is essentially the best we can achieve at the moment if the top six finish the race, but that doesn't deter from the fact we have a lot to work on and many areas to improve to close the gap to the front.

Five points-scoring finishes in a row means Carlos Sainz is on his best run of form since his Formula 1 debut in 2015. And the Spaniard is hungry for more as he aims for a strong result on the team's home turf at Le Castellet.

How is Chilli feeling ahead of the French Grand Prix?
Carlos Sainz: We're coming from a very strong team result in Canada so I think we can be positive about that. We need to keep developing the car at this rate, as everything we are bringing to the circuit is working and the car is getting quicker and quicker. Paul Ricard has quite similar characteristics to Montreal, with the two long straights and emphasis on a good top speed so if we can perform in a similar manner to Canada we'll be happy.

With it being the first French Grand Prix in 10 years, does that bring an added level of motivation?
CS: Each weekend I'm highly motivated to achieve the best result possible and this will be no different in that regard. However, the fact that it is the home race for Renault will give us all an extra boost! It'll be a busy Grand Prix off the track and there'll be a lot of interest from media and sponsors. But when the visor goes down, it'll be business as usual for us guys and we'll be out there to get the maximum from it.

You have five points-scoring finishes in a row, your best in Formula 1 to date, what's been behind this bright run?
CS: I feel we are making good progress every time I go on track in the Renault R.S.18 and this is translating into points, shown at the past few races. It's good to be consistent and to keep picking up points at every race. That's the target every weekend, so let's make it six in a row in France!