No further action over Verstappen manoeuvre 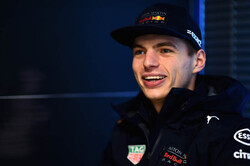 The Monaco stewards have opted not to take any further action following an incident during today's opening session involving Max Verstappen.

Having locked up going into Turn 1, Verstappen headed off into the escape road. Remaining stationary for several moments, the subsequently reversed on to the track at a time Kimi Raikkonen was approaching the corner.

The Red Bull driver was summoned by the stewards after it was alleged he left the track and re-joined in an unsafe manner, a breach of Article 27.3 and 27.4 of the Sporting Regulations.

The Stewards reviewed video evidence and heard from Verstappen and found that yellow flags (first a single yellow and later a double yellow) had been waived to warn other drivers that his car had gone off the track at Turn 1.

Verstappen had to reverse on to the track to rejoin but did so under yellow flags and in a manner that posed no danger to the other drivers.