Drivers unhappy at no say in rule changes 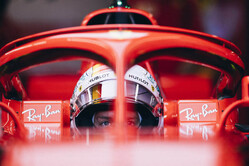 For as long as we can remember we have questioned the exact role of the Grand Prix Drivers' Association, the so-called 'drivers' union'.

Despite the fact that it is the driver whose life is on the line, who in most cases is the star attraction, they get little or no say in the sport.

While, in terms of some aspects of the sport this is understandable, and some drivers might not even want to be bothered, it defies logic that the men who actually race the cars are never really consulted on such things as rule changes or even track layouts.

Just days after Lewis Hamilton questioned the layout of the proposed F1 race in Miami, the Briton not only querying the layout but the location of the track, he and Sebastian Vettel were asked about the aero regulations now agreed for next year.

Told that lap speeds are expected to be down by around 1.5s a lap, Vettel replied: "Is that a fact?"

Told that it was, he added: "Really?"

"I don't think it's particularly... I think in the sport and in technology we're developing and moving forwards all the time to pull us back," said Lewis Hamilton. "I don't think if that's a particularly... it's not going to make any difference if you make it... if you make us three seconds slower or a second and a half slower, it's not going to make the racing any better and we just want to go faster, we want to improve technology, we want to push the boundaries and the limits.

"One of the exciting things this year has been that we are breaking records," he added. "Sebastian was just saying about the... what year was it?

"Well, before they introduced the chicane, I think they were doing high fifteens," replied Vettel.

"It's incredible the technology we have and what we're doing with it," Hamilton continued. "We should be at least as fast as we are this year but just making racing better. In my personal opinion.

"Yeah, I agree," said Vettel, "I think... I find it a bit comical: why, in 2009 we went, let's go less aerodynamics and better racing and so on? In fact I think it didn't change too much. Then we said the cars are too slow, let's put more aerodynamics and make them wider, more spectacular. All the drivers' feedback was thank you very much, spectacular, that's what we would like, more challenging, you see us more exhausted after the race, and now we want to make them slower again. It's a bit like cruising to America and changing direction 100 times.

"I think you should ask us what we need to overtake," interjected Vettel.

"We should make the decisions," smiled Hamilton.

"I mean we are drivers," said Vettel, "that's not to say that we know everything, we don't anything about engineering the car but we know how the cars feel, how to drive the cars. And their limitations to overtake. But we're not really asked."

Meanwhile, F1's technical boss Ross Brawn and his team of engineers continue shaping the rules for the future of the sport post-2021.