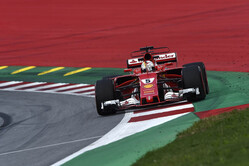 Allowing for factors such as temperatures and track resurfacing, as anticipated the new regulations this year saw lap speeds increase with official lap (race) records broken at ten of the twenty events.

Next season however, according to Pirelli, the cars should be around 2s quicker, which could mean the remaining track records are all broken.

"If we go softer with the tyres, the cars could be ever quicker," he added. "But we have to remember that there is an additional weight with the Halo, and that will cost about three to four tenths of a second, because of the weight plus aero implications."

While the weight limit has been increased by 6kgs in order to accommodate the Halo, the required mountings, not to mention modifications in order that the device passes the mandatory load test, are said to have added as much as 14kgs.

Consequently, with it widely accepted that 10kg is worth around a third of a second, there are already fears that the bigger, heavier drivers will be compromised.