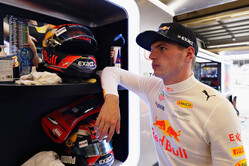 Max Verstappen: "In general this is not a track that suits our car and together with the power deficit on the straights it is very hard for us. You then try and catch up on the corners, but you ask too much of the tyres and get more drop-off. Of course I hoped for more in the race but it was a difficult situation, but I think we maximised the result and that was fifth. I didn't want to drive the last ten or 15 laps with difficult tyres and at the end of the day I wasn't going to lose a position, so we decided to make a second pit stop. From there on the race was gone but I pushed for the fastest lap, I didn't get it in Mexico, so I'm really pleased to take it here."

Daniel Ricciardo: "The start was not ideal. It was quite tight and I saw a space on the outside so I tried to get as much room as I could but I knew there were two cars on the inside so there was always a risk they would have contact and then come into me. I think that's what happened but I don't regret trying. The start is an opportunity to make up a big chunk of positions and as I was nearly at the back I had to try something. Fortunately the car didn't suffer any damage. We just changed the tyres and then I could get on with the race and make some good overtakes, and it was a good race. Every time I was catching a car I passed it as soon as I could and there were some good fights. In the end, a comfortable sixth. It was nice to see the chequered flag and I felt I got the maximum out of it today."

Christian Horner, Team Principal: "A bit of a static race today. We were having to push very hard to try and keep up with the leading pack. That in turn took its toll on the tyres, then you become a little bit limited in your stint length and after Max got caught and passed by Hamilton we made a precautionary stop to get him to the finish. Daniel drove a very strong race as usual, made some great passing moves on the brakes from far back into Turn 1 and finished in P6 which, today, was probably the optimum."