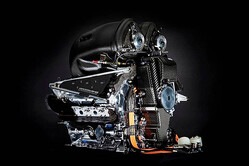 It comes as no surprise that following the reaction of Mercedes, Ferrari and Renault to the proposed engine formula changes for 2021 - which were largely negative - Red Bull team boss Christian Horner has hit out at the three manufacturers.

It comes as no surprise because with Mercedes and Ferrari flat-out refusing to supply his team and Renault withdrawing its supply at the end of 2018, the Austrian outfit is increasingly looking likely to have to switch to Honda.

In its search for an engine supplier, having been rebuffed by Mercedes and Ferrari, the Austrian outfit threatened to quit the sport, and as the sport seeks to attract other manufacturers hopes are very much focussed on the need for the (hopefully) cheaper and less complicated engines outlined under the proposals laid out last week.

"There's been consultation with all the manufacturers," he told Motorsport.com. "I don't think there was anything that was presented that was a surprise.

"I'd heard it all before, either in individual consultation, or through what had been discussed in the media," he continued. "What seemed to upset a couple of manufacturers was the press release that came out following the meeting, I think they were upset that it was presented as a fait accompli.

"Inevitably there'll be some filibustering," he claimed. "And I think it's obvious that the commercial side of the proposition is being linked to the technical. So there's a lot of leveraging that inevitably is going on. You can see that happening. With Ferrari and Mercedes, sometimes it's hard to recognise which one is which, or who's running which team, but they are particularly aligned."

While the proposals are nothing like the "root and branch" overhaul he had been seeking, Horner insists they are a step in the right direction.

"I think Utopia from a personal perspective would have been to go back to normally aspirated, high revving, great sounding engines," he says. "But I fully understand the requirement to find a middle ground. I actually felt what was presented, whilst it doesn't tick the boxes for everybody at both extremes, was actually a pretty sensible set of proposals and ideology of moving forward.

"Under Ross, whose approach has always been to do the analysis and research prior to setting off on a journey, for the first time that I can remember I feel that they've done that. They've recruited some good specialists that have done the analysis. From what I saw everything that was presented there was a clear and sensible logic behind it.

"I think ultimately the consumer, i.e. the fan, will end up with a better product, a better sound, more marginal performance differential, a sporting element with the overtake button. I didn't see anything that didn't address the fundamental issues that we are currently experiencing."

Interestingly, at a time we await Liberty's proposals for budget capping and, more importantly, prize money, Horner calls on the sport's new owners to stand their ground.

"I just hope the Liberty guys have got the courage of their convictions to go through with what their research has told them, and I believe they will.

"F1 has a habit of conducting its business through the media," he told Motorsport.com, "it's all part of the theatre and show that is F1, and part of the intrigue. I've been quite impressed with the way they've handled things so far, that they're not rolling over, there are no clandestine discussions and meetings going.

"What their goals and objectives are, are very, very clear."