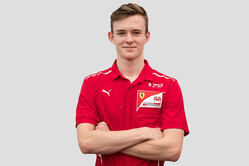 The Ferrari Driver Academy has announced that British driver Callum Ilott is the latest young driver to be selected for its development programme.

The 18-year old from Cambridge, joins the FDA in his third season in racing, having just finished fourth in the FIA F3 European Championship.

He comes with a strong pedigree in international Formula 3 racing, having made the jump directly from karting as reigning European Champion.

In his debut season in single-seater racing, 2015 in European F3 with Carlin, he was unofficially part of the Red Bull junior programme. However, at season end, having finished 12th overall, he was dropped. A move that Brendon Hartley will be able to relate to.