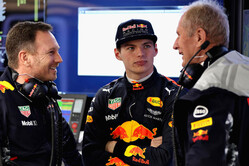 While Bernie Ecclestone may have moved on, many of the practices he introduced to the F1 paddock over the years still remain.

Other than his legendary 'divide and conquer' philosophy, it is 'smoke and mirrors' at which he also excelled.

Amidst the media frenzy over McLaren and Honda, the whole 'will they, won't they' nonsense, one cannot help but feel that as attention focusses on McLaren, Honda, Renault and Toro Rosso, the smoke and mirrors is causing us to lose sight of another important factor, Red Bull.

If McLaren wants to retain Fernando Alonso, the Woking outfit has to ditch Honda. Other than finding a new engine supplier - and the only alternative is Renault, which even then would need the approval of the FIA - McLaren would now have to pay for its engines while losing out on a shed-load of money currently provided by Honda.

If McLaren wants to keep the Honda money, and thereby the engines, it loses Alonso. Simples.

Following the U-turn by Sauber, which was scheduled to use the Japanese manufacturer's engines, there has been talk of Toro Rosso switching to Honda a move which would free up Renault to provide engines for McLaren without needing permission from the FIA.

Both Honda and Toro Rosso have denied that talks have taken place, though last weekend in Belgium, under pressure from the media, both parties were keen to admit that while there were talks they were "unofficial". In other words, they happened, but they weren't official. Typical F1.

Asked for his thoughts on the situation, the normally verbose Red Bull boss, Christian Horner, was giving little away.

"Well it doesn't really affect Red Bull Racing," he said, "so whatever engine Toro Rosso takes, the only affect it has is the synergies between the teams in terms of gearboxes and so on.

"We need to know pretty quickly, within the next couple of weeks, what the scenario is," he added. "I think the gentlemen in the next press conference, Zak and Hasegawa, they should be able answer all of your questions in extreme detail."

In effect; 'nothing to do with us, Guv!'

Red Bull and Toro Rosso are usually referred to as 'Sister' teams, but that is disingenuous, for in fact they are con-joined.

Red Bull's frustration with Renault, ever since the French manufacturer was found wanting in terms of the new formula, has dominated the headlines for as long as anyone can remember, the Austrian outfit never missing an opportunity to voice its unhappiness with its current engine partner whilst searching for a new one... one who will provide competitive (i.e. race wining) engines at a nice price.

The best efforts of Bernie Ecclestone and the FIA failed, the numerous threats to quit the sport failed, so what else remains?

Renault has admitted that supplying four teams would "degrade" its level of service, a thought that would have Max Verstappen seeking out a contract lawyer and leave Dietrich, Helmut and Christian apoplectic in a pram devoid of toys.

There is a widespread feeling the Honda will come good, eventually, and after three years surely that time is coming.

In the same way that Toro Rosso is - and always has been - the proving ground for drivers, what if Red Bull sanctions a move which sees the Faenza outfit adopt the Japanese engines for a season in the hope that Honda might prove to be the new, competitive partner Red Bull has been looking for.

Red Bull's attempts to distance itself from the whole Honda saga appear classic smoke and mirrors, especially when one considers its endless, and thus far fruitless, endeavours to find an alternative to Renault.

For Red Bull it would be the long game, but in allowing Toro Rosso to be the 'test bed' it has little to lose.