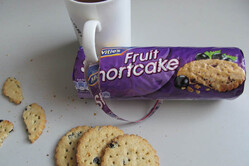 The Pitpass team is back to discuss the Chinese Grand Prix, picking apart the key moments from the weekend.

From the weather to Fernando Alonso and simplified front wings, Chris Balfe, Max Noble and Mat Coch once again cover a huge amount of ground as they reflect on the second round of the 2017 Formula 1 season.

The weekend in Shanghai provided a number of talking points, and perhaps the merest of glimpses at the order following an Australian Grand Prix that gave precious little away. Though the weather conditions in China meant the weekend was difficult to read, there were still some important lessons the team picked out.

Among them was the fate of Formula 1 in the region, with Malaysia having announced the 2017 race will be its last Grand Prix. With talk that Singapore could follow suit and the demise of Korea, there are precious few events left in a region where a small following translates into a huge amount of support.

The team was surprised by Sergio Marchionne's suggestion that Kimi Raikkonen needs a kick in the pants following a weekend when he didn't get on the podium. It's a rich statement given Ferrari dropped the ball strategically, and gets the Pitpass crew wondering if the American-Italian meant what he said and that the comment was designed to apply pressure to the Finn - who, let's not forget, is the team's most recent world champion - or whether there was some other agenda at work.

A competitive showing from Sebastian Vettel wasn't missed, nor was the fact he is joint championship leader with Lewis Hamilton, while Ferrari is only a point adrift at the top of the standings. Yes, it's an optimistic bunch that gathered in the wake of the Chinese Grand Prix, and while all may not yet have been forgiven after Australia, there are enough positive signs to keep the guys enthused.

However, that's more than can be said for some fans. Editor Balfe reveals that some readers thought the Shanghai race was one long bore, with one already sentimental for 2016, thereby prompting the question; are some fans ever happy?