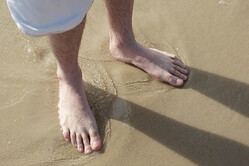 It's the mid-season break and with the teams enjoying their summer holidays it's the perfect time for the Pitpass trio of editor Chris Balfe, Max Noble and Mat Coch to dissect the first half of the year.

In a show that's best described as a marathon and not a sprint, the guys look at each and every team, evaluating their performances and prospects.

Obviously, much of the focus is on the plight of Nico Rosberg, and just how the German let a seemingly insurmountable points advantage slip through his fingers.

Speaking of slipping backwards, Ferrari too, according to editor Balfe, has shown worrying signs of slipping into another dark age.

But such is the way in Formula One, a 'cruel theatre' as Balfe describes it, as one team's star rises another falls, and as those in red begin spending more time looking over their shoulders Christian Horner and his Red Bull squad must be rubbing their hands together in glee.

Enter Max Noble, who has a cunning conspiracy theory on the current engine situation at Milton Keynes. With its Renault engines - sorry, Tag Heuer power units - working a treat the transformation at the team has been one of the key talking points of the season so far.

There are worrying signs however, not of another era of Red Bull domination but its general attitude and swagger according to both Balfe and Coch.

The pros and cons of Sauber's new ownership are debated, Balfe clearly no fan of lawyers, as is the fate of Rio Haryanto, Daniil Kvyat and Jolyon Palmer. Indeed Coch asks his fellow presenters to put themselves in the hot seat at Renault and decide what the French manufacturer does on the driver front for 2017.

Williams, Force India, McLaren and Haas also get discussed as the sport enters its final week of the holidays, the team bringing you bang up to date with everything that we can expect to see in the nine races ahead, with the benefit of the hindsight gleaned from the opening 12 races of the year.

If nothing else, over the course of the podcast you get to hear the editor, who is about to sunbather in temperatures only slightly higher that what his colonial cousins are enjoying mid-winter, left speechless on at least two occasions.